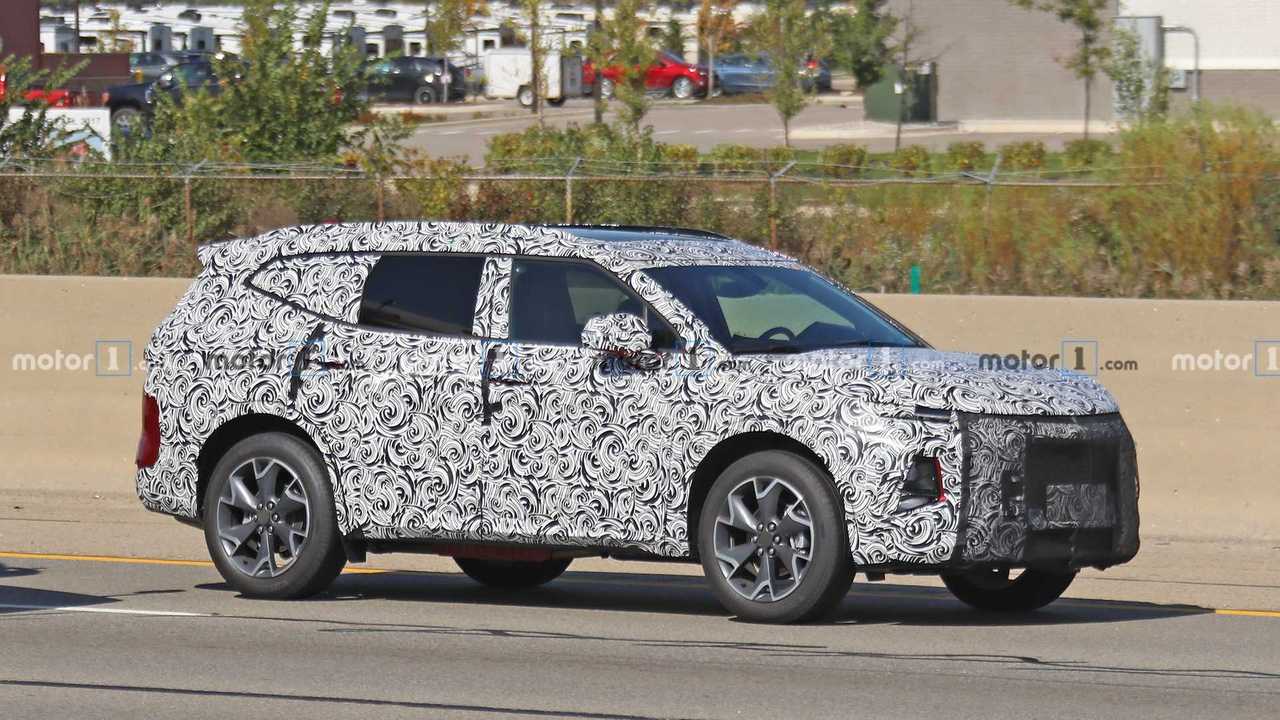 The stretched soft-roader is easily recognizable as a Blazer.

There’s seemingly no end to the SUV popularity, and three-row seating is among the hottest people-mover trends at the moment. Case-in-point is the Chevrolet Blazer, which only just debuted for the 2019 model year with its sporty crossover proportions and accommodations for five. It slots between the Equinox and three-row Traverse, but this camo-wrapped version won’t just be a Blazer with a couple of miniscule seats crammed in the back.

The last time we saw this Blazer upgrade (currently known as the XL) it was wearing considerably more camouflage. These photos of a prototype testing in Michigan ditch the heavy black covers, allowing us to clearly see the Blazer’s extended backside. Compared to the standard model, this extended Blazer features a flatter roof that obviously is a bit longer as well. The bodywork is stretched behind the rear door, which is easily seen in the larger glass at the back. The up-kink beltline is still easily recognizable as a Blazer, however, as are the thin lights and lower lamp housings at the front.

Will the bigger Blazer also pack bigger power under the hood? We haven’t heard anything on powertrain changes, but Chevy already offers a range of mills for the Blazer, including a new turbocharged 2.0-liter engine producing 230 horsepower (172 kilowatts) that can be ordered with all-wheel drive. That might be a bit slim for a seven-passenger vehicle, but the 3.6-liter V6 with 308 hp (227 kW) is already part of the Blazer’s wheelhouse, and it’s the same engine Chevrolet uses for its seven-passenger Traverse.

Our Take On The Blazer:

Here’s the plot twist. It’s possible Chevrolet won’t offer this extended-length Blazer in the United States. Our sources say this SUV is headed for China as a 2021 model but nothing is confirmed just yet for North America. In the U.S. market Chevrolet already offers six different SUV/crossover models, though buyers seeking a sportier seven-passenger Bow Tie option could embrace the Blazer.

The camouflage will come off in the next few months, at which point we should have definitive information for U.S. market availability.