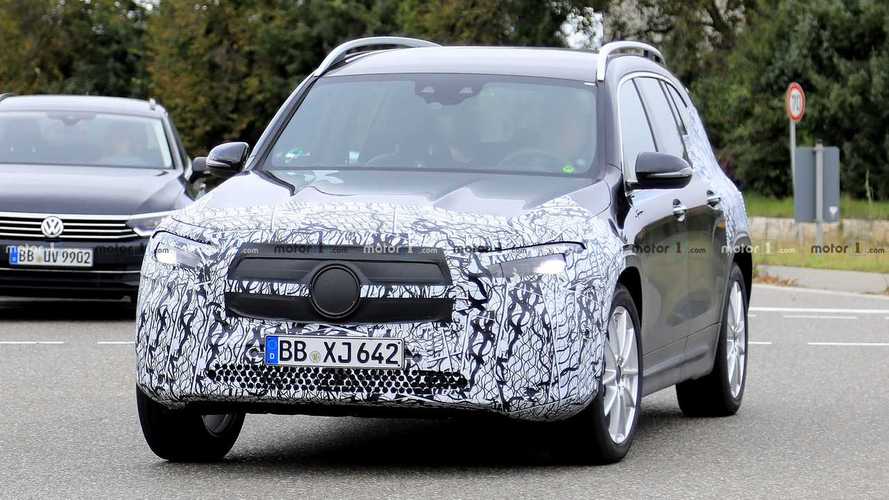 This thing looks ready for production.

Just a week ago, we filmed the Mercedes-Benz EQB testing silently in public traffic and now the EV crossover is back again in a new batch of spy photos. These shots come from Germany and show a slightly camouflaged prototype undergoing evaluations on public roads. The development driver behind the wheel looked quite relaxed and the low speed of the vehicle allowed our spies to catch the car from nearly all possible angles.

If this is the first time you hear about the EQB, here’s what you need to know in brief. It’s the all-electric version of the GLB-Class, which will slot below the EQC in Mercedes’ electric model lineup. According to preliminary details, it will share its powertrain with the EQA concept crossover, which means it will use a dual-motor setup with a combined output of about 268 horsepower (200 kilowatts) and 368 pound-feet (499 Newton-meters).

The boxy shape of the EQB will hide a relatively large 60-kWh battery, which should provide a range of 310 miles (500 kilometers) between two charges in the base model. Word on the street is the range-topping variant will come with an even larger battery pack.

Visually, the only design touches that will differentiate the EV from the conventional ICE-powered equivalents will be the revised grille-less front fascia and the redesigned rear bumper without space for exhaust pipes. A set of more aerodynamic wheels will round off the design changes.

Even the untrained eye can tell that this prototype is pretty close to the final production form of the EQB. This is evident by the shape of the headlights and taillights, which appear to be wearing its finished design. It’s probably safe to assume development is essentially complete and a debut in Europe should be coming in the next few months. The EQB will arrive in the United States in 2021.