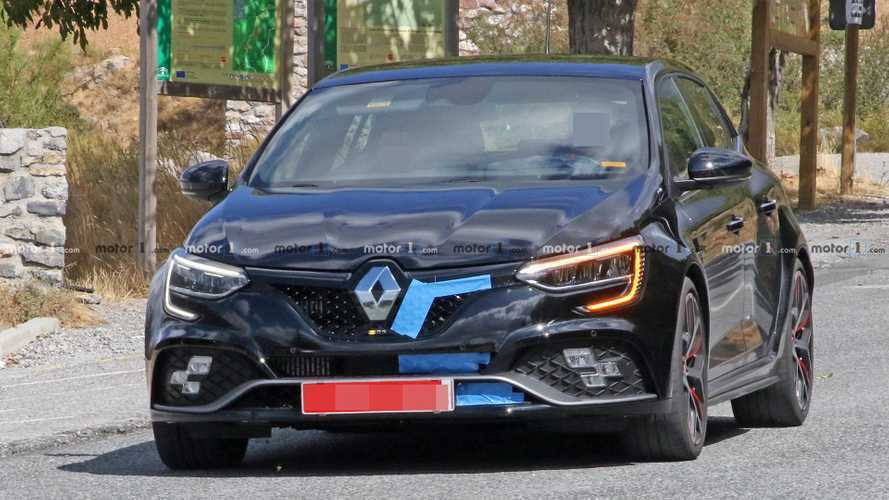 What is the blue tape covering?

The whole Renault Megane model family has a facelift on the way, and these spy shots are our first look at the updated RS Trophy R variant. However, this development vehicle also has major design similarities with the standard RS Trophy.

The Megane Has Been Updated:

This hatchback doesn't appear to wear any camouflage, and the only concealment comes from the pieces of blue tape on the grille and fascia. If this is the Trophy R, then it's odd not to see the variant's prominent hood scoop. This could be because the vehicle in these spy shots is a pre-production example, and Renault wants to keep a few secrets from the public's prying eyes.

At the back, this car wears the Megane's slightly different taillights that have the clear portion of the lamp at the bottom. It maintains the Trophy R's pair of circular exhausts that come out of the center of the diffuser.

Major powertrain changes for the refreshed Trophy R are a mystery at this point. However, the model is still a fairly recent introduction to the Renault lineup following its May debut. This doesn't leave much time for the engineers to developer higher performance parts to make the hottest Megane even quicker.

It's also not clear when the refreshed Megane range might debut. The current speculation indicates that the Geneva Motor Show in March 2020 could host the unveiling. However, Renault might only have a few of the updated variants on display there and make the world wait to see hotter models like the Trophy R.