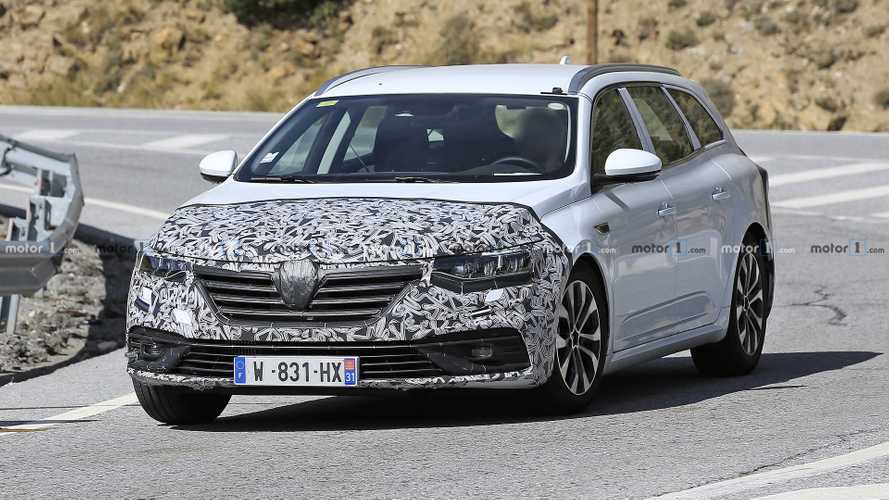 Discreet changes for the D-segment Renault.

The Renault Talisman is probably not a name that rings any bells in your mind. For those unfamiliar, it’s a D-segment (mid-size) model for the European and South Korean markets that’s currently the seventh best-selling vehicle in its class on the Old Continent. Renault is probably quite unhappy with this result and is working on a refreshed version, which should bring new customers to the series. Seen here are the latest spy photos of the Talisman facelift, which show the wagon variant.

These shots pretty much confirm the exterior design changes of the model will be kept to a minimum. The front end appears almost unchanged but we assume the camouflage foil hides some discreet touches such as new grilles and redesigned headlights. It’s the same story at the back where the taillights appear to feature different internal graphics and the lower section of the bumper seems to have a new shape.

Not the most exciting visual makeover, obviously, but the photos of the rear end hint the Talisman could get a new engine. The unusual exhaust pipe could mean a new turbo unit is in the works, but there’s also the possibility that Renault is just tweaking the exhaust gas treatment system of the long roof Talisman to meet the new stricter European standards.

Speaking of the engines, last year the Talisman received a Megane RS-sourced 1.8-liter turbo motor with 225 horsepower (165 kilowatts) and 221 pound-feet (300 Newton-meters). It joined the already available diesel options, including 150-hp (112-kW), 160-hp (119-kW), and 200-hp (149-kW) compression ignition choices. These could be massaged to deliver more power and, at the same time, generate less harmful gases thanks to the new diesel particulate filters with AdBlue.

Expect to see the refreshed Talisman in both sedan and wagon modifications towards the second half of next year.