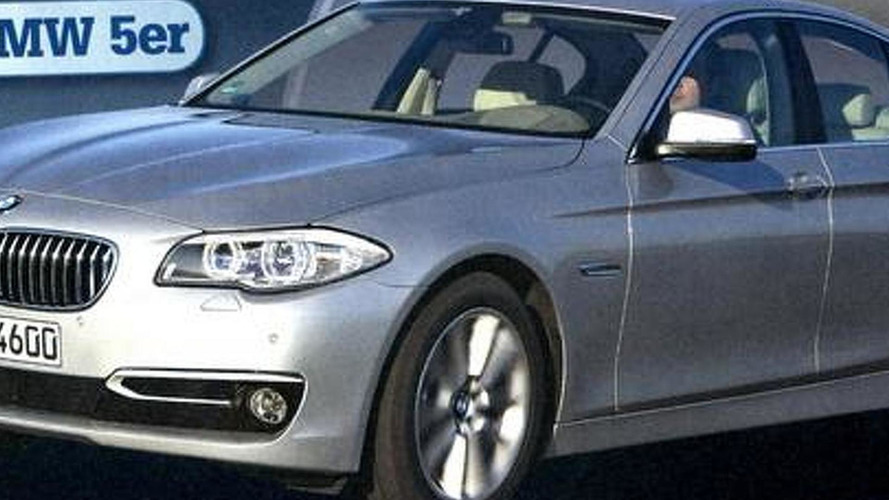 This is the 2014 BMW 5-Series facelift which will get its public debut later this year.

After seeing some spy shots with an undisguised car, we now have a look at an official photo with the refreshed 5-Series as posted in German magazine Auto Zeitung. While those spy shots were believed to depict the Chinese version of the premium sedan, those were in fact showing the international version of the facelifted 5-Series which will enter production in July.

Changes are limited but they include a restyled front bumper with touches of chrome, slightly modified headlamps, new fog lights and optional adaptive LED lights. It will also be available with different alloys, reworked exhaust pipes, along with a few changes inside the cabin (including ConnectedDrive tweaks). The mechanicals will be carried over from the current model.

Chances are later this year the 5-Series Touring and GT will receive a similar treatment.