In the world of military or police vehicles, the best options always put the mission and the men and women that use them first. These vehicles must be able to whistand punishment from bullets, debris, and off-road demands, as well as provide the ability to operate far away from supply lines and fuel stations for extended periods of time. They must also be able to adapt on the fly, taking on new roles depending on the mission, changing from your regular troop transport, to a platform to provide fire support in the form of machine guns or grenade launchers. In a very interesting video from Mr JWW on his YouTube channel, he takes a break from covering and driving supercars, to driving the Defenture GRF 5.12 Platform, a 4x4 vehicle designed in the Netherlands for use in the most hostile environments.

Developed completely from the ground up as a military vehicle, the Defenture isn't based on some production car platform nor does it share much technology with any known brands. It's a multi-fuel powered modular platform that comes with robust suspension, extreme angles of departure, and even four-wheel steering for the best agility and optimum handling out in dangerous areas. While the video does show a mostly skeletal frame, the GRF 5.12 Platform can be converted from a combat role, to a medical vehicle, to a pickup truck, and even a supply vehicle easily. It also comes equipped with hardpoints for weapons and various tethering points for when the vehicle is transported by land, air, or sea. 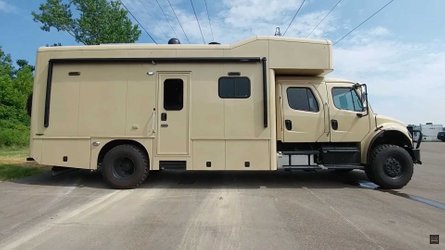 This 4x4, Four-Door, Military-Grade RV Is Built For War 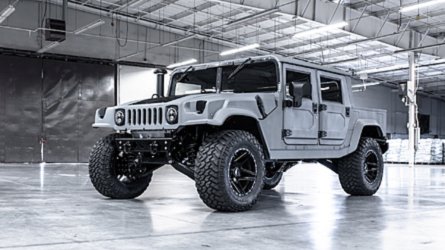 Finally, A Military-Spec Hummer You Can Actually Buy

While it makes a bit over 200 horsepower and around 500 foot-pound of torque (we're not sure if the type of fuel changes engine output), the GFR 5.12 Platform weighs in at 5,500 pounds, and has a payload capacity of 4,700 pounds. It also has a maximum range of 600 miles, being able to operate easily behind enemy lines. Don't take our word for it, however. Check out the video and see how awesome this thing is.