Is Honda Developing A Hybrid Version Of Its Ridgeline Pickup? 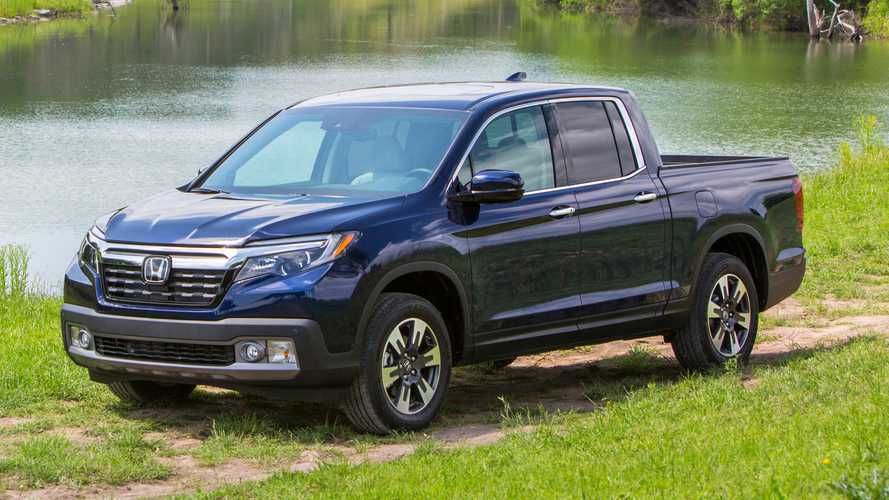 A Honda dealer said a Ridgeline Hybrid was coming soon, but the automaker said the info was inaccurate.

Here’s a shocking news story to take you into the weekend, and yes, there’s a double entendre there. A Honda dealership in Louisiana allegedly posted a “coming soon” message on its website for a hybrid version of the Ridgeline pickup truck. A Reddit thread directed us to Honda of Covington, which has since taken down the page. We obviously reached out to Honda officials on this, but the fact that page no longer exists suggests the dealer either made a colossal mistake, or it got its information all twisted up. More on that in a bit.

These Ridgelines Are Real:

Before the page went dark, Digital Trends gleaned a bit of information. The proposed Ridgeline Hybrid is said to be coming in 2020, and could have Honda’s two-motor system paired with a 2.0-liter four-cylinder engine. That’s the same setup found on the Accord, where it develops 212 horsepower (158 kilowatts) and helps the sedan achieve an EPA-rated 47 mpg. The coming-soon announcement also apparently outlined a styling refresh for the Ridgeline, which debuted in its current form for the 2017 model year.

The current Ridgeline is powered by a 3.5-liter V6 making a modest 280 hp (209 hp), so such a hybrid setup would certainly be quite a step down the ladder in terms of performance. Honestly, that seems like a very strange move on Honda’s part, despite the Ridgeline already being a very different offering in the half-ton truck segment.

It turns out our suspicions were spot-on. We contacted Honda directly for a comment on this proposed hybrid, and a spokesperson said the information was inaccurate, hence why that post from Honda of Covington was taken down. That doesn’t fully answer the question of why it was up there in the first place, though. It’s possible the dealership confused Ridgeline with CR-V, which was revealed with a new hybrid powertrain exactly as described above just a few weeks ago and is technically coming soon. It seems crazy a Honda dealership would make a mistake like that, but hey, mistakes happen.

The other possibility is that a Ridgeline Hybrid is in the works, but with a different (and presumably more powerful) powertrain. Such a truck would also probably be further down the pipeline, as we're just a few months from 2020 and we haven't seen any camouflaged Ridgeline prototypes to suggest something new was imminent.