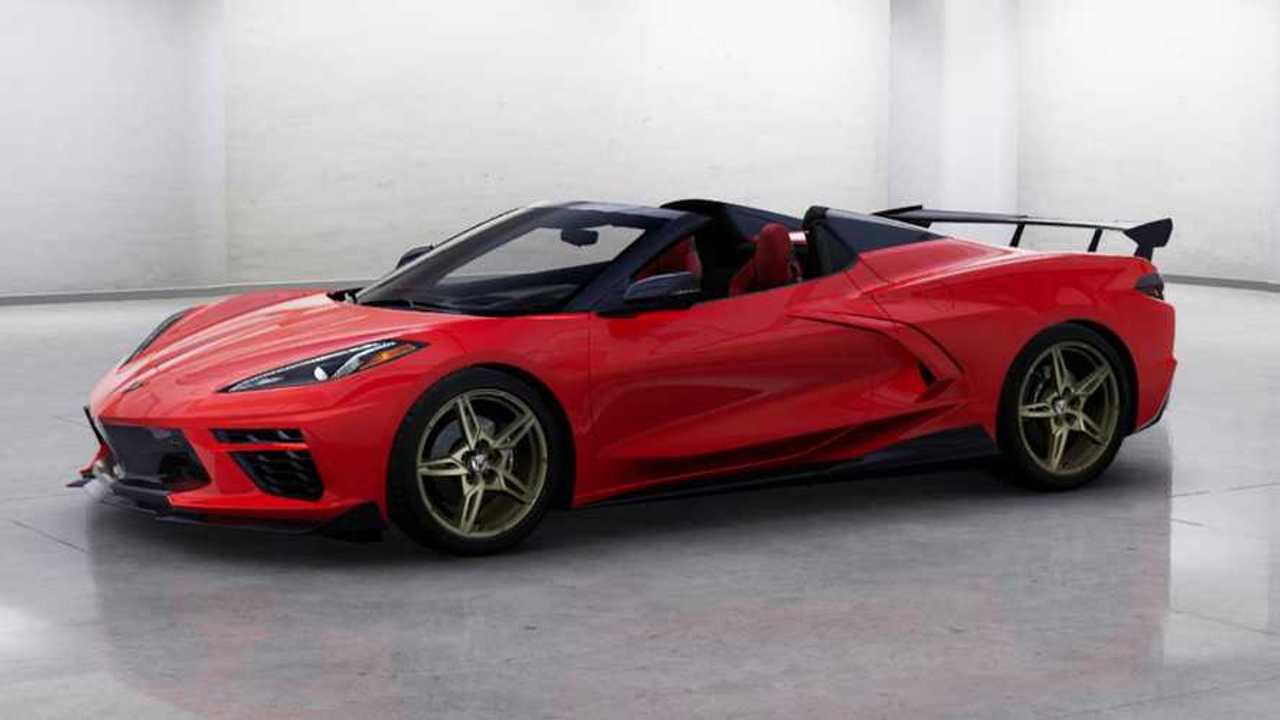 Everything is there to design your dream droptop.

The first hardtop-convertible Chevrolet Corvette is official, complete with its engine positioned behind the driver. The much-anticipated car debuted last night, and while the world was reading all about it, Chevrolet added the convertible model to its online Corvette configurator. There aren’t any prices listed for options and packages just yet, but it’s fully equipped to create the virtual C8 Corvette Convertible of your dreams. So that’s just what we did.

The Fresh Air Corvette Is Here:

2020 Corvette Convertible Is Only About 80 Pounds Heavier Than Coupe

With the folding hardtop and nacelles available in Carbon Flash, we simply had to go with Torch Red as our exterior color. There’s a reason Prince sang about a Little Red Corvette instead of a blue one, and the red/black combination is simply stunning on this car. We didn't go for Carbon Flash body accents though – with the top of the car already darkened, there’s a nice balance to keeping everything one shade along the sides. The red grille inserts up front add some character as well.

We did opt for Carbon Flash pretty much everywhere else it’s offered, including the badges, grounds effects, side mirrors, and spoiler. We went for the big wing this time around because the convertible feels a bit more flamboyant to us, and it’s not a bad thing by any means. We almost went for the Carbon Flash wheels, because they certainly look good. With plenty of black already in the mix, however, our choice fell to the Performance Pewter open spoke rims. And yes, there are Z51 brakes behind them. If we’re stepping up for the convertible, we’re going to get the full C8 experience.

That also means we clicked on some up-spec materials in the greenhouse. This is an 2LT car equipped with the GT2 seats, not quite as hardcore as the Competition buckets but still supportive and comfortable. The seats and interior are trimmed in Adrenaline Red, and of course we’re going to have the carbon fiber trim upgrades.

The final product is what you see in the photos above, and honestly, it looks quite different from many Corvette Convertible photos we’ve seen thus far. It’s a testament to just how customizable Chevy’s new supercar really is, and this variant looks amazing – with the top down or up.

Official pricing for the C8 droptop hasn’t been released, but we’re told it will start around $67,500. Production begins late this year with models arriving to dealers in early 2020. In the meantime, jump into Chevy's configurator at the source link below and share your droptop C8 design with us.