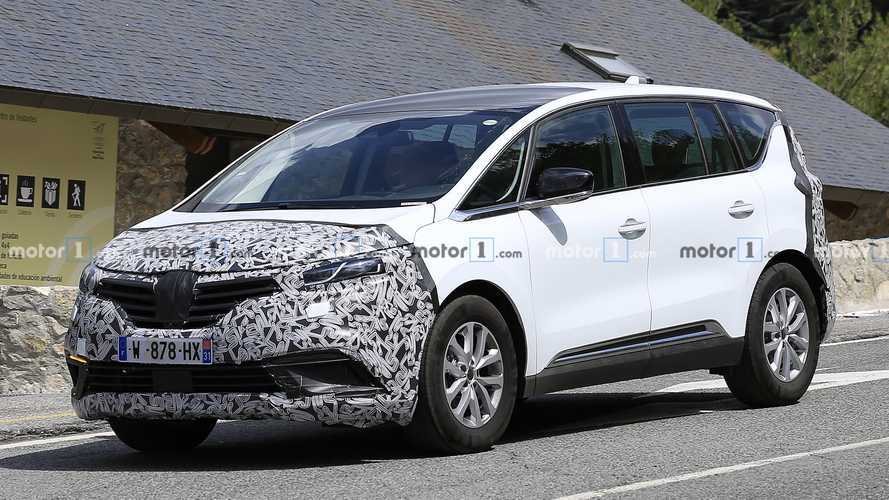 The Renault Espace is a bit of a mystery vehicle in the U.S. It’s not the French automaker's sporty Megane RS we wish would cross the Atlantic. Instead, the Espace is a ho-hum, slab-sided people mover that could blend into the background of any European-based heist movie. The Espace, currently in its fifth generation that went into production in 2015, is apparently due for a mid-cycle refresh. This one is a bit more intensive than before. The spy photos show the Renault with the front and rear fascias covered in camouflaged hinting that a facelift is on the way.

According to our photographers, the Espace’s facelift will be minor as Renault already gave the Espace a slight refresh about a year ago. This new model will receive more extensive updates. The camouflage is likely hiding a redesigned front and rear end, including a revised grille and bumper design, updated headlights, and more. At the rear, the taillights could receive a new look while the hatch and bumper receive updated designs. Not much is expected to change inside. Renault could leave the interior untouched altogether.

Powering the next Espace will be Renault’s 2.0-liter diesel engines that develop either 160 (119) or 200 horsepower (149 kilowatts). No powertrain revisions are expected. However, the 224-hp (167-kW) gasoline engine will still be available going forward. Renault has to do little to keep the Espace feeling fresh as the current offering is already packed with the latest safety features and technological amenities customers expect today.

It’s a minor refresh because the model already rides on the Renault–Nissan CMF-CD platform, the jointly designed platform that underpins a wide range of Renault–Nissan–Mitsubishi Alliance vehicles. It’s packed with the latest goodies, and a small design update never hurts. The Renault Espace is expected to arrive sometime in early 2020.