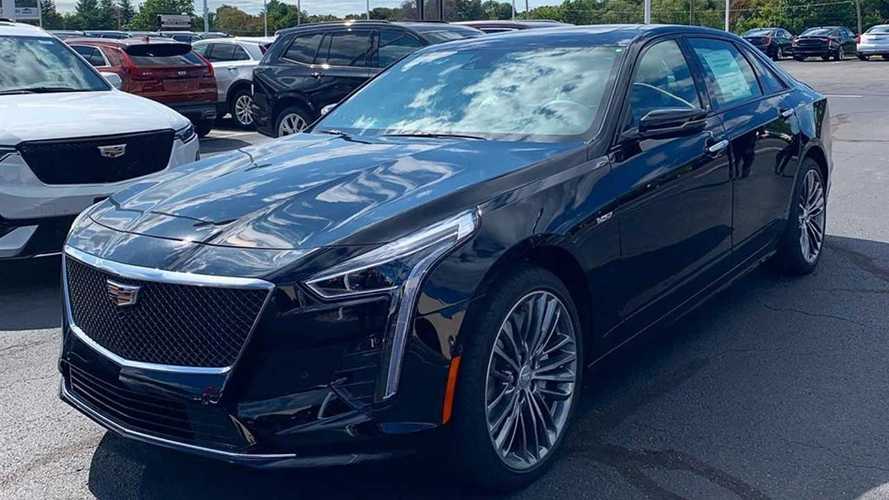 A month ago, it was reported that Cadillac will delay the deliveries of the CT6-V due to an unspecified issue with the car’s emissions. It turns out the problems are now solved and the automaker is shifting the first examples of the performance sedan. Cadillac of Norwood posted on Facebook photos of a black CT6-V “special order for one of our premiere clients,” which basically confirms deliveries are underway now.

Order books for the 2020 model year are already open which means you should be able to order a CT6-V at any moment. Prices compared to the previous model year are a bit higher (up from $88,790 to $92,790) but we are fortunate to see the sedan on sale at all after the rocky last year. All 275 examples of the first model year are sold out and CadillacSociety even reports all 2020 units are also gone. Whether there is additional production planned is not known at the moment.

Under the hood of the CT6-V is a Cadillac-exclusive 4.2-liter V8 engine. The motor called Blackwing pushes out respectable 550 horsepower (410 kilowatts) and 627 pound-feet (850 Newton-meters), reaching all four wheels through a 10-speed automatic gearbox. Brembo performance brakes provide the stopping power.

Unfortunately, the CT6’s future remains uncertain at the moment. There’s a very good chance the CT6-V could be the sedan’s swan song as General Motors plans to restructure the brand in the near future. We know for sure the CT6, together with the Chevrolet Impala, will remain in production at the manufacturer’s Detroit-Hamtramck plant through January next year. There’s no confirmation about the future of the two models after the end of that month.