Porsche Admits Taycan Could Probably Go Faster Around The Nurburgring 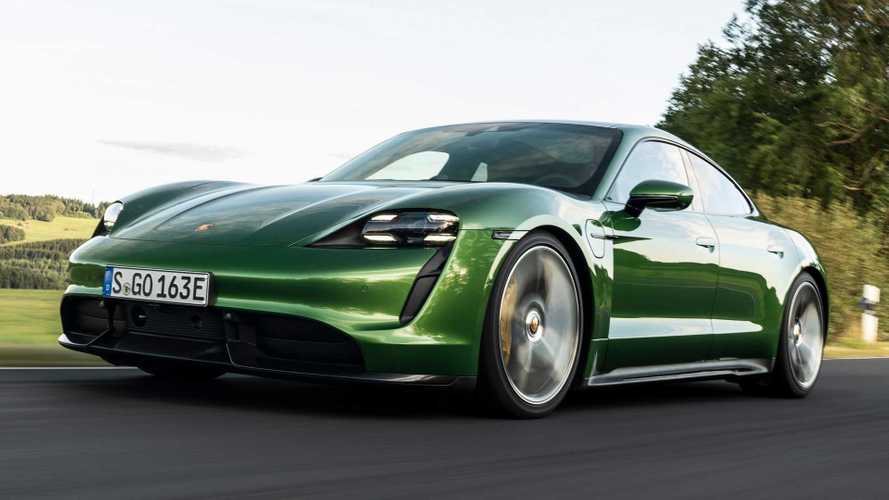 It didn’t take Tesla long to hit the Nurburgring after Porsche announced last month it’d set a new lap record there with its fully electric Taycan. Speculation hints that a Tesla Model S did achieve a 7:23 lap time at the legendary German race track, 19 seconds quicker than the Taycan Turbo. But it’s an unofficial result and one that may not stand if Porsche decides to return to the track. A new report from Cars Guide corroborates an earlier report – Porsche achieved its record-setting lap in the Taycan Turbo, not the more-powerful Taycan Turbo S.

Porsche Taycan product manager Lukas Kramer told Cars Guide there’s the potential for the Taycan to achieve an even quicker lap time. The Taycan Turbo and Taycan Turbo S both produce 616 horsepower (460 kilowatts) in their standard driving modes. However, toggle the Overboost and Launch Control to on, and the Turbo S produces a maximum of 751 hp (560 kW) and 774 pound-feet (1,049 Newton-meters), versus 671 hp (500 kW) and 626 lb-ft (849 Nm) of torque for the Turbo.

That extra bit of performance could help Porsche shave a few seconds or more off its record-setting lap time. It could also provide the German automaker with an ace up its sleeve if Tesla beats its new record. A second attempt with the Taycan Turbo S could give the record back to Porsche. The reason Porsche didn’t take the Turbo S to the track was that the company wanted the car that just completed a 24-hour test drive to attempt the record-setting lap. All Porsche did was change the tires before the run.

The battle for EV supremacy is heating up. Porsche has the first true Tesla competitor, and it appears Tesla wants to stay ahead of the competition. That will become increasingly more difficult as other automakers such as BMW and Mercedes-Benz also begin producing electric vehicles. The coming months and years will see a tit-for-tat in electric vehicle performance as new players look to unseat established kings. If there's one thing consumers can count on when it comes to cars, it's the fact humans have an insatiable need to win. And that's great for consumers.