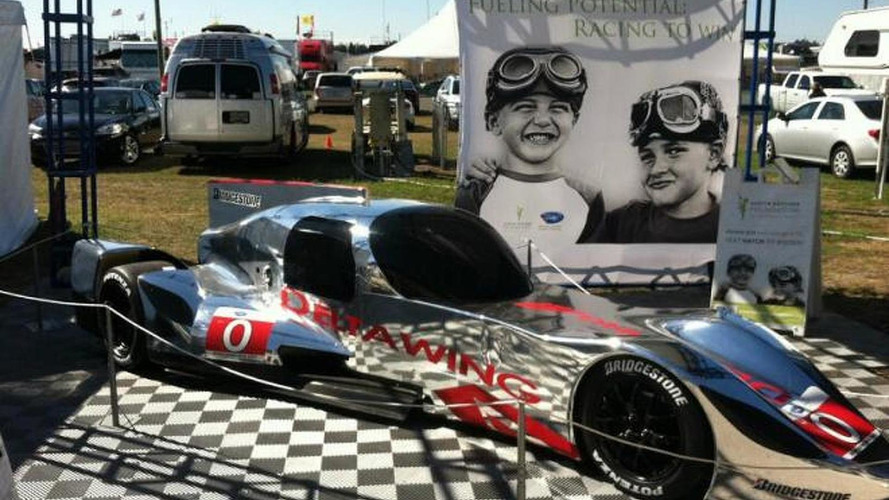 Set to debut later this week at the Sebring International Raceway, the coupe has a familiar design but adopts a new tub, a closed canopy and a long vertical fin. There's also a center-mounted driver's seat that affords better protection and visibility. Thanks to these modifications, the DeltaWing Coupe will be able to comply with the new 2014 LMP1 regulations.

Besides being fitted with a hardtop, the coupe has a new turbocharged 2.0-liter engine that was designed by Elan Motorsports Technologies. Specifications were not released, but managing partner Dr. Don Panoz hinted "we’ll be capable of getting onto the podium.”

The DeltaWing Coupe will compete in the American Le Mans Series later this year, possibly as soon as the Laguna Seca race in May.