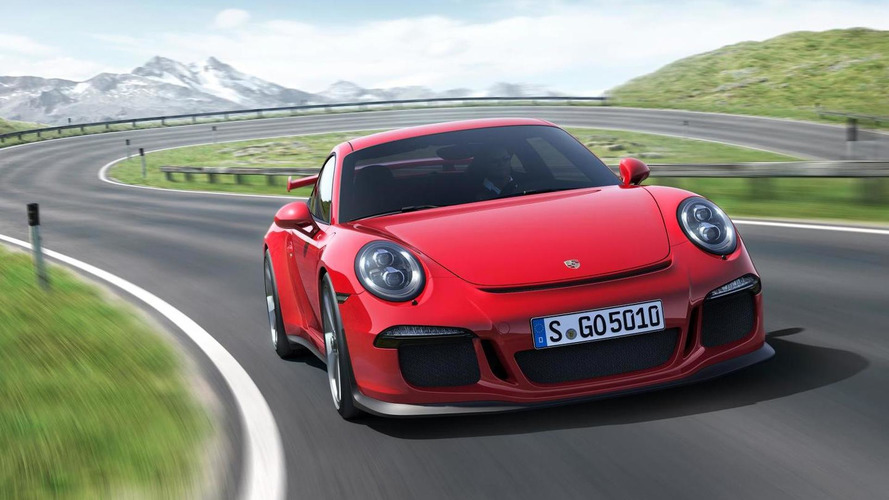 Porsche has released a new video explaining some of the characteristics of the 2014 911 GT3.

Porsche has released a new video explaining some of the characteristics of the 2014 911 GT3.

The new 911 GT3 made its debut last week at the 83rd Geneva Motor Show and now a more in-depth presentation is available from Porsche. Looking like a more aggressive 911, the GT3 version features extended side skirts, different rear bumper, optional LED headlights, a fixed rear wing and bigger spoilers. It sits on 20-inch forged alloys and comes with a center-mounted dual exhaust system.

This is the first model offered by Porsche with an active rear wheel steering system which can steer the rear wheels in the same or opposite direction of the front wheels for better agility on track. Inside it borrows most of the design seen on the standard 911 but with an Alcantara steering wheel, leather/Alcantara seats, as well as red contrasting stitching.