Despite the new Supra being on sale, people are still imagining alternatives to its design.

Giulio Partisani is a lead designer at Honda R&D Co, Ltd in Japan, a Honda Motor Company subsidiary that specializes in research and development for all of the company's divisions. When not coming up with the look of future products, Partisani pens automotive renderings, including this alternate idea for the A90 Toyota Supra from his Instagram.

The actual A90 Supra doesn't have many clear styling cues from the A80 generation, but Partisani gives his interpretation a more retro-tinged look. There's a long, subtly sculpted hood and a pair of sqaure LED lights. The front fascia is aggressive with its large openings.

Just behind the front fenders, Partisani sculpts the bodywork inward and then pushes the rear fender outward. The styling cue gives the Supra some ultra-wide hips that look very sexy.

At the back, Partisani opts for clear inspiration from the fourth-generation Supra. The arch-shaped wing and horizontal lights are the most obvious cues. Dual exhausts emerge from the back, rather than the single pipe coming out the back of the A80 model.

Partisani has been working on this design for a while. Motor1.com previously covered one of his earlier takes on the fifth-gen. The shape in these images looks more like a Supra that's a mash-up with the Mazda RX-Vision concept.

The Latest A90 Toyota Supra News: 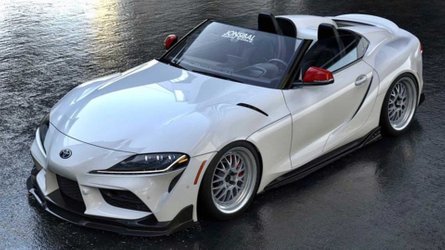 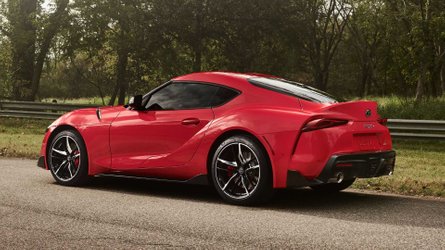 While it doesn't look nearly as retro as Partisani's design, aftermarket parts companies are jumping at the chance to create body kits for the new Supra. Firms like Artisan Spirits, Evasive Motorsports, Toyota's own TRD division, Rocket Bunny, and Prior Design are working on a variety of components for tweaking the Toyota model's appearance to an owner's preference, ranging from mild mods to aesthetic overhauls.