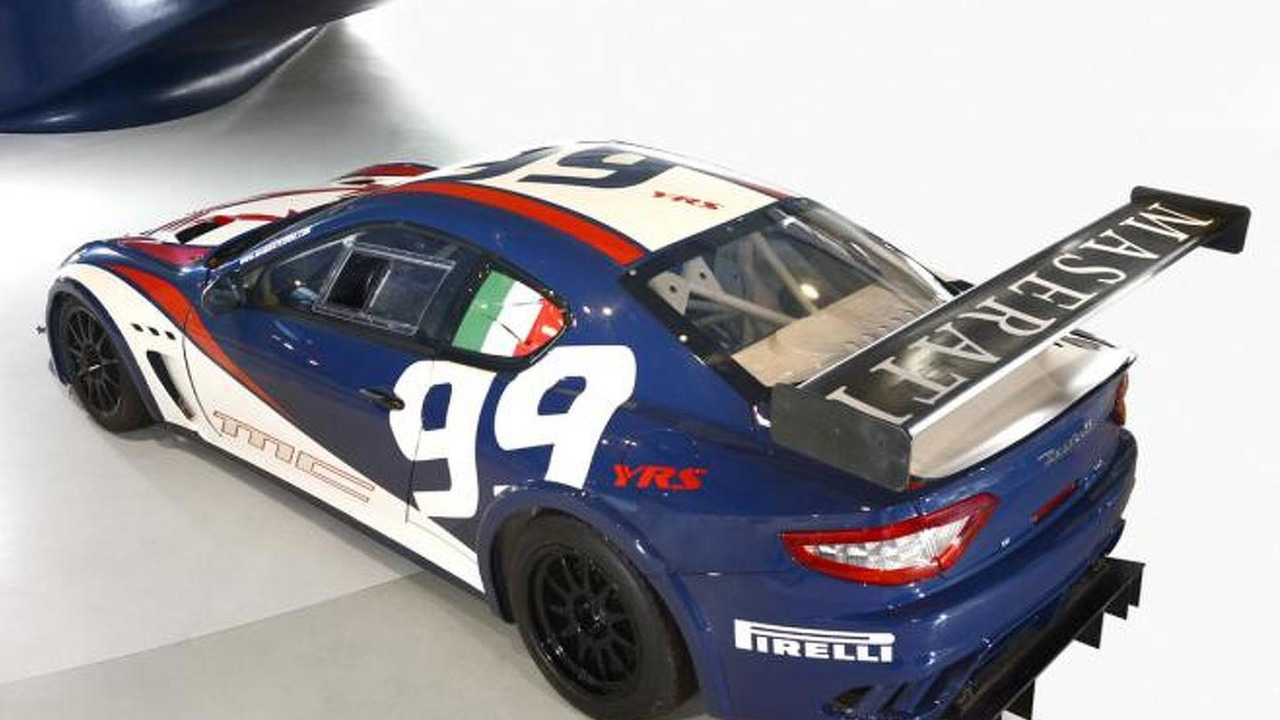 Maserati has launched the 2013 GranTurismo MC Trofeo which has the same technical specifications as the 2012 version.

Maserati has launched the 2013 GranTurismo MC Trofeo which has the same technical specifications as the 2012 version.

They say although the car has the same specs as last year's model, the 2013 edition "has been overhauled". Just like its predecessor, the latest version meets the regulations implemented last year which require teams to run a car with a curb weight of less than 1,380 kg (3,042 lbs). The vehicle benefits from widened tracks, Pirelli tires and the same V8 4.7-liter engine.

It will participate in the Maserati Trofeo MC World Series which starts on April 29 at Paul Ricard circuit in France. On June 2 the cars will start at the Nürburgring race, followed by July 14 at Silverstone. Sonoma (California) will be the venue for round four, then Shanghai in China, with the season ending on December 14 at Abu Dhabi.