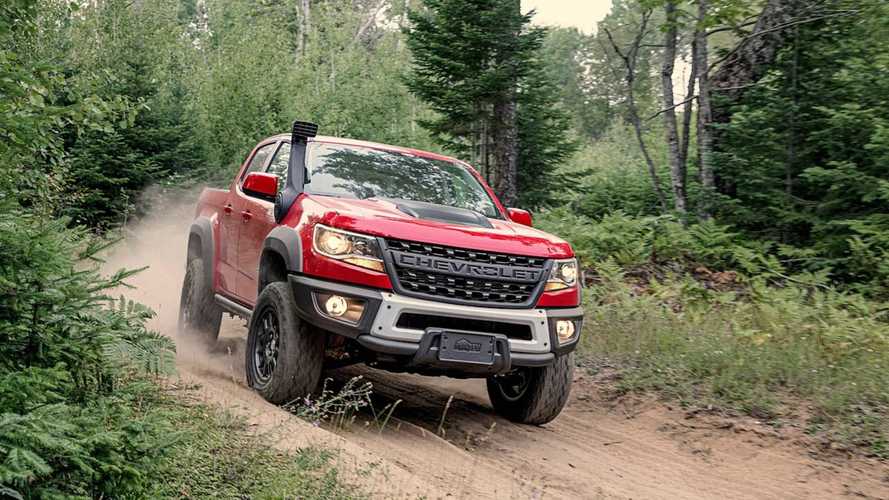 The first year of production had dealer allocations just as assembly began.

After better-than-expected demand for the 2019 Chevrolet Colorado ZR2 Bison, the Bowtie intends to boost production of the rugged pickup for the 2020 model year, Muscle Car & Trucks reports.

"Capacity will be increased for 2020," said American Expedition Vehicles Marketing Manager Matt Feldermann told Muscle Car & Trucks. "They are going to increase production. We’re not sure what the exact number is… but maybe 2,500."

American Expedition Vehicles supplies many of the components that make the ZR2 Bison special. The truck features special parts like five boron-steel skid plates, a revised front bumper, and grille spelling out Chevrolet.

All of the ZR2's standard upgrades also apply to the Bison. The rugged truck packs Multimatic's Dynamic Suspension Spool Valve dampers, and there's a two-inch lift. The pickup rides on 17-inch wheels with 31-inch tires. The powertrain options consist of either a 308-horsepower (230-kilowatt) 3.6-liter V6 with an eight-speed automatic gearbox or 186-hp (139-kW) 2.8-liter turbodiesel four-cylinder with a six-speed automatic. Chevy charges $5,750 to add the Bison package to the ZR2 trim level.

Chevy made just 2,000 units of the Colorado ZR2 Bison, and the company had orders for all of them when production was just beginning. If any examples made it to showrooms without already having a buyer, they sold in an average of just 10 days.

There is a rumor of AEV offering an even more hardcore version of the Bison as an option for buyers. It would reportedly have new fender flares with more clearance and 35-inch tires, which should create an even more aggressive appearance.