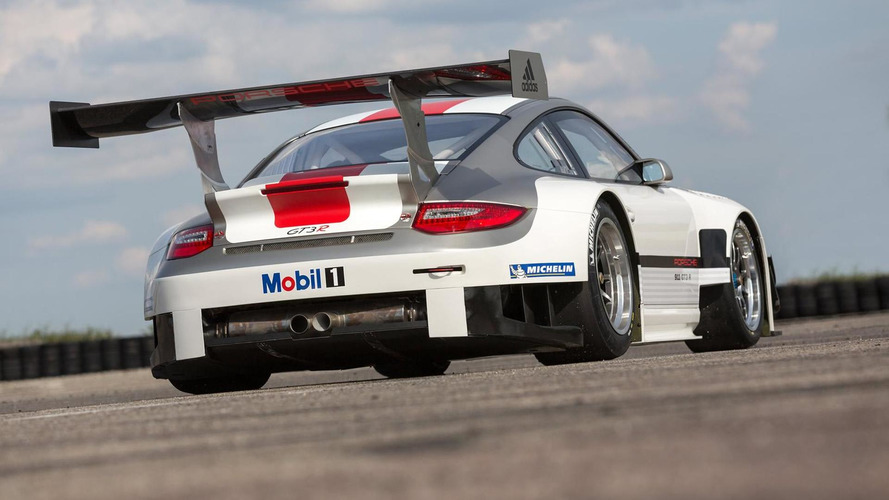 Porsche has revealed an updated 911 GT3 R which is based on the previous 997 generation.

Porsche has revealed an updated 911 GT3 R which is based on the older 997 generation.

The previous 911 is still alive and kicking through this refreshed 911 GT3 R version which features widened front and rear fender flares and a new aerodynamic package generating more downforce which will increase cornering speeds. Traction has also been improved by installing different wheels with wider tires.

The suspension was modified as the track of both axles grew by 50mm, while the wheelbase is now 10mm longer. Under the hood it has the same flat-six, 4.0-liter engine producing 500 HP (368 kW) as the 2012 model, linked to a 6-speed sequential dog-type gearbox with steering-wheel mounted shift paddles.

Porsche says the changes are available as a conversion kit for older versions of the 911 GT3 R for 45,500 EUR plus taxes.