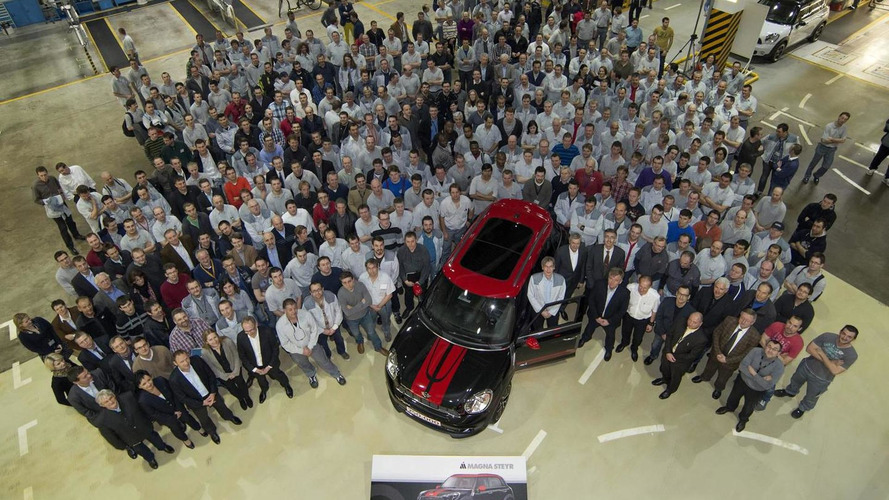 MINI has reached an important production milestone this week by rolling out the 250,000th Countryman.

MINI has reached an important production milestone this week by rolling out the 250,000thCountryman.

This achievement comes after two and a half years since the model hit the market. Production takes place at Magna Steyr's assembly line in Graz, Austria and represents the first model in the company's history to feature four doors, five seats and a large tailgate. Cargo room varies between 350 liters and 1,170 liters depending if the rear seats are up or down.

Last year MINI managed to deliver 102,250 Countryman units, with the most popular versions being the Cooper S and the regular Cooper. 37 percent of all Countryman units sold in 2012 had a diesel engine, even though MINI does not offer diesel versions in all markets.