All in good fun.

We've seen the hyped and eagerly anticipated Toyota Supra go up against some pretty close competition, taking on it's platform-mate, the BMW Z4 in some videos, an going up against competitors in its class such as the Porsche Cayman GTS and the Audi TT RS. But in the video which you can watch above, the Toyota Supra goes up against what is arguably one of the most brutal and powerful muscle cars ever made to date, the Dodge Challenger Demon. Who will win? The answer is pretty obvious.

In a video by Demonology, he brings his modified Dodge Challenger Demon to a local drag strip in Texas where he meets a Toyota Supra that has also been tuned for more performance on the strip. While we don't know the exact numbers the modded Demon is pushing, we do know its 6.2-liter supercharged V8 in stock form does 840 horsepower on 100 octane fuel and 808 horsepower at 91 octane. We also know that it has a modified ECU and performance filters installed. The Toyota Supra, on the other hand, is equipped with an experimental ECU tune and nitrous. With the nitrous activated, it pushes 601 horsepower, while the tuned 3.0-liter turbocharged six-cylinder engine already makes past 520 horsepower, making it one of the fastest non-engine swapped Toyota Supras to this date. It also has a set of slicks on.

The whole point of the video, however, is not to see who is faster, as the Toyota Supra's presence on the drag strip was all about testing the tune, making adjustments, and getting better times. In fact, the owner of the Supra said that hitting a quarter-mile at 10 seconds was the goal. He already recorded 11.1 seconds without using the nitrous, and, frankly, that's a pretty good time considering that the quarter-mile times of a stock Supra have been around the 12 second mark.

Here Are More Videos Of The Toyota Supra Taking To The Strip: 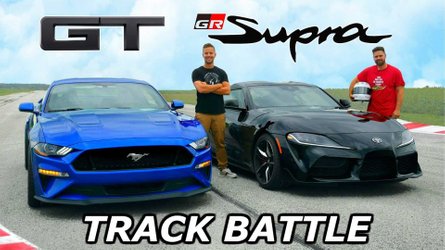 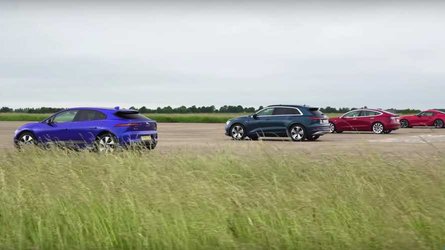 So was the Toyota Supra able to shave off even more time? Watch the video to find out.