Can we just have this instead?

So the highly controversial and polarizing BMW Concept 4 was released earlier this month at the 2019 Frankfurt Auto Show, and right away, we've seen rendering after rendering trying to make the Concept 4 less "expressive". From shrinking the gigantic kidney grilles, to replacing them with the much more appealing 8 Series front kidney grilles, there's no shortage of reactions from the internet. We are, however, huge fans of the rendering by X-Tomi Design, showing the awesome red concept 4 in shooting brake form.

While all we get is a side profile of the rendering, I think we can all agree that the lines and the overall execution of the 4 series concept fit the shooting brake design very well. Actually, the side profile helps us forget all about the gigantic kidney; maybe it's the fact we can't see it at all in this example? Unfortunately, don't expect anything even remotely close to a shooting brake design from BMW in the near future. They've stated time and time again that shooting brakes are too much of a niche market, and with profits and actual sales numbers dictating the direction of the business, we'll have to settle in for the long wait for the actual production spec.

No Shortage Of New Takes On The Concept 4: 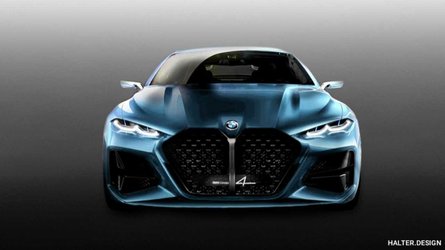 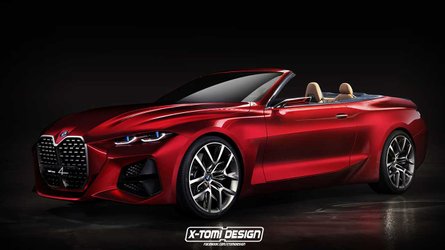 That being said, BMW has also said that the production model will only feature a slight deviation from the concept revealed earlier this month. We hope that slight deviation is the huge kidney grille itself, because everything else looks very spot on. For now, we'll have to keep speculating and dealing with all the kidney grille jokes and memes that the creative car community comes up with. Look on the bright side; any publicity is good publicity. Jokes aside, we sincerely hope the 4 Series comes out to be an awesome car and win over the whole motoring community.