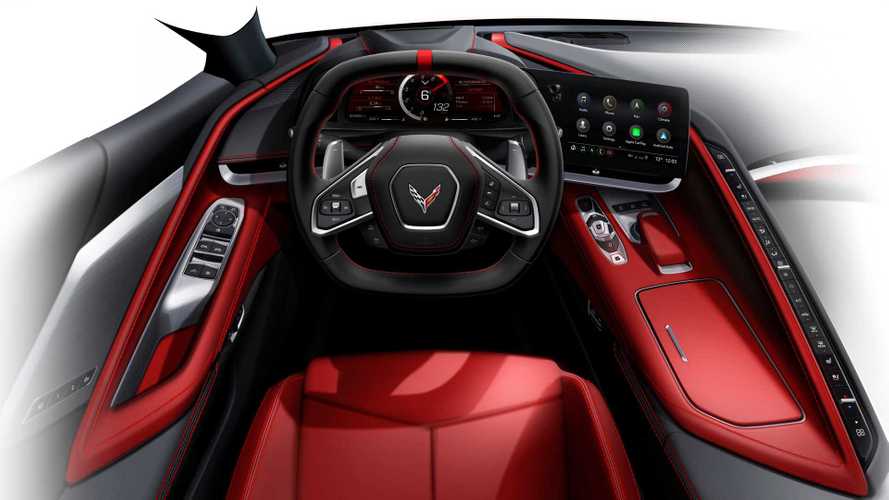 Can you see them?

In the automotive realm, 2019 will go down as the year of the Corvette. We’ve relentlessly reported on pretty much every aspect of the new supercar, not to mention rumors and the unconfirmed variants still-to-come. That’s actually the main reason for this particular article because we’ll be honest – going nuts over two buttons nestled in the Corvette’s interior isn’t exactly earth-shattering news. Bear with us though, because this is about more than just a couple convertible-top controls. It’s a preview of what we’ll be seeing in person next week, but also a reminder to be vigilant. Sometimes, secrets are hiding right in front of you.

Did You Hear About The New Corvette?

Here's the deal. General Motors released a gaggle of images back in July when the new mid-engined Corvette was officially revealed. The convertible was teased briefly in a video at the tail end of the presentation, and the motoring world latched onto that. Meanwhile, this singular rendering of the Corvette’s cockpit sat quietly among all the photos and we didn’t give it much thought.

Our friends at MidEngineCorvetteForum, however, are nothing if not straight-up sleuths when it comes to all things C8, and a forum member known has tbs156 realized this image included two buttons for the convertible model. One lowers the top, and the other lowers the rear window. We know, that discovery just blows your mind, but it does reveal something we’d only speculated about previously. It appears that, should you so desire, the C8’s rear window can be raised or lowered independently of the top.

Honestly, if the C8 convertible’s reveal wasn’t just a few days away we’d probably skip over this find. The fact that these controls have been hiding right in front of us for a couple of months is a bit captivating, however, and we can’t help but wonder if GM planned this Easter egg from the beginning. We know the automaker is keen on such things – lest we forget the tiny Zora Arkus-Duntov stickers found on the C8 prototype when the new 'Vette was officially announced in New York.

In fact, could those stickers still have a hidden meaning? Is a range-topping Corvette Zora planned for the future? And what about the shape of the wings on the Corvette logo? Might it suggest the C9 Corvette will actually fly? Don’t laugh, we’re totally not getting carried away here. Well, maybe just a little bit.

Those grandiose claims may or may not come true, but next week we will see the official 2020 Chevrolet Corvette Convertible. That much is certain, and you can bet we’ll be paying very close attention to the media photos that debut with it.