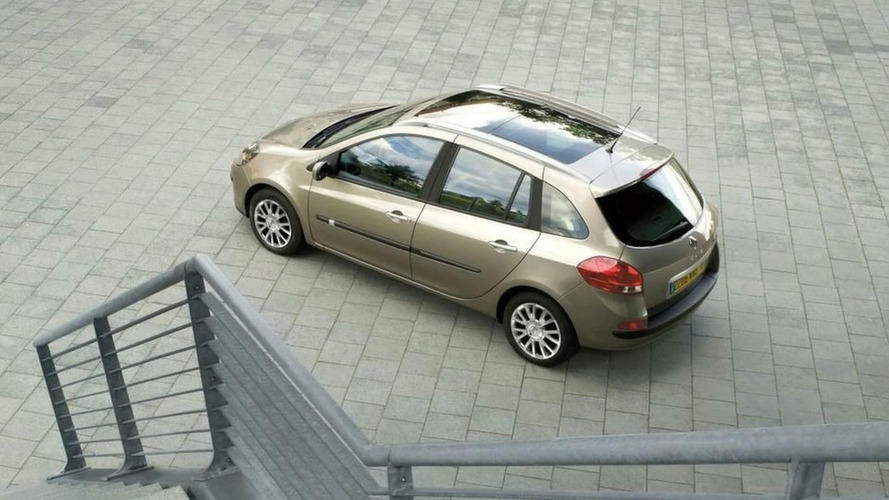 This year's Frankfurt Motor Show will be a busy fortnight for French car maker Renault as it prepares for the release of five new production models and two concept models on September 10, 2007. Renault has struggled with an out-of-date product range causing sales to dip 4.7% in 2006, as it hasn't launched anything close to spectacular since the chic Mégane II in 2002. This trend is, however, set to change very soon as "Renault's unprecedented product revolution moves into overdrive" this autumn.

The two most anticipated premieres are the Clio Sport Tourer and the new Laguna, which Renault announced in earlier this summer in June. Today Renault has unveiled two teaser images of Renault's Clio Sport Tourer, the first-ever estate version of Renault's best-seller Clio. The 4.2 metre Sport Tourer, boasting a luggage volume of 439 litres is based on the Grand Tour Concept, showcased at the Geneva Motor Show in March earlier this year. It will go on sale in the spring of 2008. The second-generation Laguna will debut in both Hatch and Sport Tourer versions in Frankfurt, with the hatch going on sale in October this year and the Sport Tourer in January 2008.

So, three production models have been confirmed, but the details of the "other newcomers, including a couple of attention-grabbing concept cars, are still being kept firmly under wraps." Stay tuned!