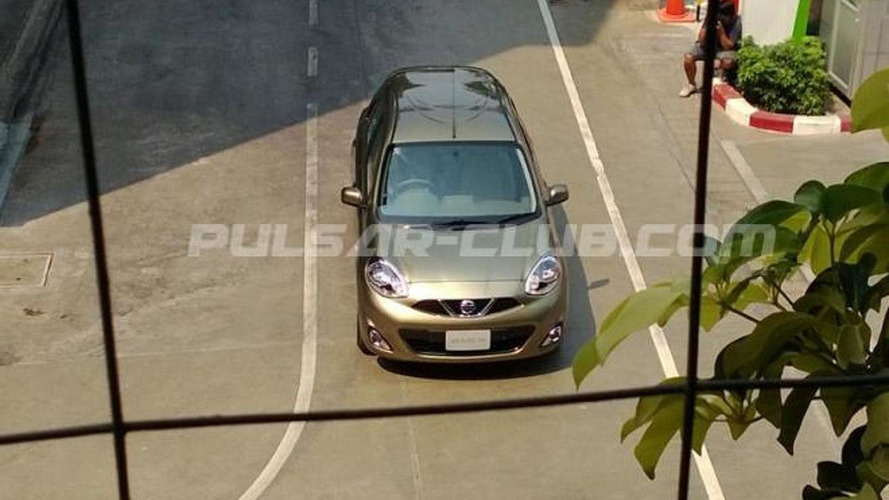 This is the Nissan Micra facelift scheduled to arrive later this year with a different front fascia.

This is the Nissan Micra facelift scheduled to arrive later this year with a different front fascia.

The current generation of the Nissan Micra came out in 2010 so it's time for a mid-life revision to keep it fresh. Shown in this spy photo is the March version (Latin America, Asia markets) as snapped by Pulsar-club.com forum member Mr. Favan while the supermini arrived at a shopping center in Thailand for promotional purposes.

The front fascia of the car boasts a new bumper, grille and headlights, while the chrome look of the company's badge is a reminder of the Extrem concept presented in 2012 at Sao Paolo Motor Show. Compared to the current Micra, the facelift brings more attractive fog lights which have been pushed to the corners.

The profile of the Micra has remained virtually unchanged, while at the back there's a new bumper and modified tail lamps. The interior cabin and engine lineup will probably be carried over with minimal tweaks.

Check out the source links below for more photos.