Honda Odyssey Will Receive A Mid-Cycle Refresh For 2021 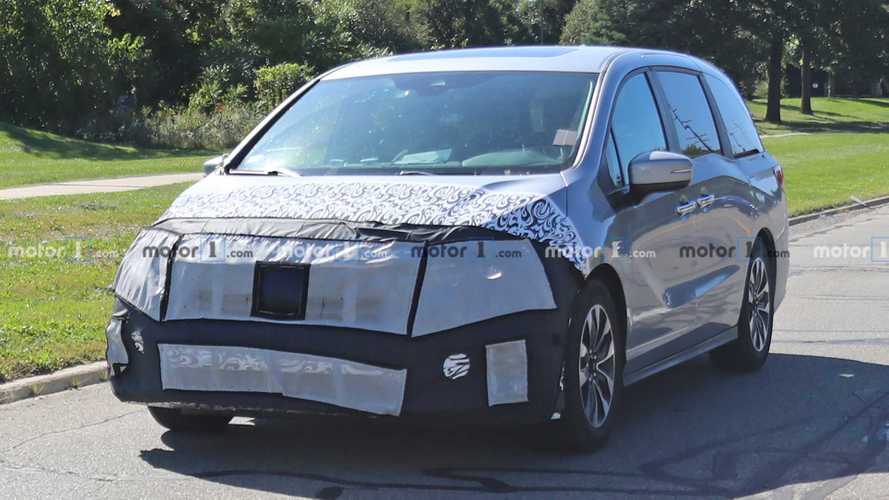 Not much is changing.

Even though crossovers and SUVs have become the de facto haulers for today’s families, there are still devout minivan loyalists out there. Fiat Chrysler Automobiles sold over 270,000 minivans last year, which clearly shows there’s a market for the boxy offerings. It’s a competitive market, too, which could be one reason why Honda is already preparing the Odyssey for a mid-cycle refresh for the 2021 model year.

The spied Odyssey prototype wears little camouflage, obscuring the front and rear fascias. Like other mid-cycle refreshes, this will focus on updating the design. Customers should expect a revised front end, including a new grille and lighting elements. A new bumper design is expected, too. The rear is much more subdued, and a lot more exposed. The bumper should get a redesign, and it appears there may be other, though minor, visual enhancements. The controversial design lines down the side appear to carry on for at least a few more years.

There likely won’t be significant powertrain improvements because this is a mid-cycle refresh and not a full redesign. Honda’s 3.5-liter V6 should continue powering the minivan, producing 280 horsepower (208 kilowatts) and 262 pound-feet (355 Newton-meters) of torque. Power should still route through the current 10-speed automatic gearbox. Rumors of a hybrid persist; however, there’s no concrete evidence of such an offering in development.

The minivan market is easy to forget, but Honda did sell over 100,000 Odyssey minivans last year, nipping at the heals of FCA and the Chrysler Pacifica. Other competitors include the Toyota Sienna and Kia Sedona – nobody said it was a crowded segment. The 2021 Honda Odyssey should debut by next summer and go on sale before 2021 arrives. Don’t expect the new design to stray too far from today’s offering, though.