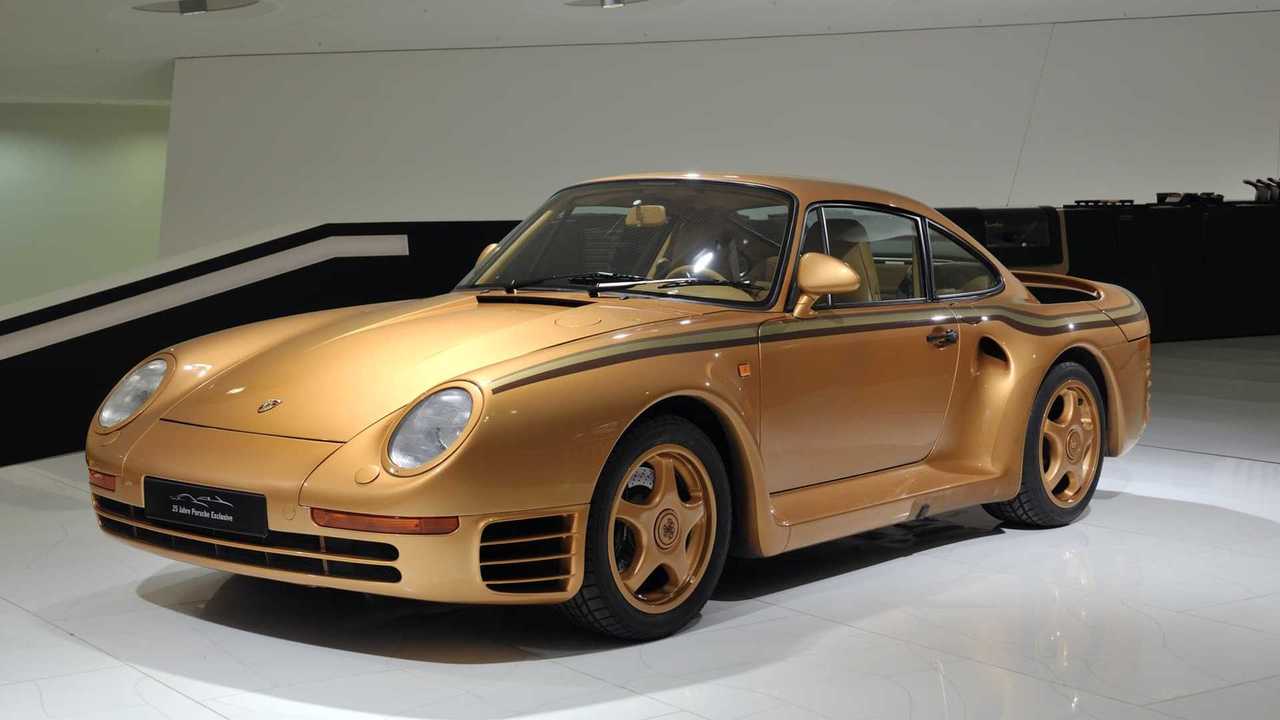 [UPDATE] Additional images released today by Porsche on Facebook have been added at the end of the gallery.

The 959 is one of our all-time favorite Porsche models. It was built in an era when sports cars were brutal, raw, and sometimes even too powerful for their own good. The twin-turbocharged 959 was among the most powerful production cars in the late 1980s and became the world’s fastest production car with a top speed of 197 miles per hour (317 kilometers per hour). That’s just phenomenal for 1986, right?

While there were a few special modifications of the 959, including the highly limited 959S with a more powerful 508-horsepower (379-kilowatt) engine and the Paris-Dakar rally car, none of these were special enough for some customers. Back in the late 1980s, Porsche was working hard to establish its Porsche Exclusive Manufaktur special requests department and one Arab sheik called the division with a very unusual mission. He ordered no less than seven unique-colored 959s for his collection.

Taking A Good Care Of The Porsche 959:

Porsche Can Now 3D-Print Parts For The 959 Supercar
⠀

“Porsche Exclusive created seven individual 959 for an Arab prince, each a unique specimen whose color concepts are continued in the interior.”

Discover Why The Porsche 959 Was The Forward-Thinking Supercar

The Porsche Museum has used its official Facebook page to show two of these seven examples. And they are… well, different than anything 959 we’ve seen so far. The first one is a red example with matching red interior and a few unique touches in the cabin, including a Porsche lettering on the leather steering wheel, special ornamentation on the gear lever, and wooden decorations on the dashboard. The other example is finished in dark gold hue with, again, matching interior and even matching gold-plated tailpipes. Unfortunately, these are not visible from the single photo of this car provided by the Porsche Museum.