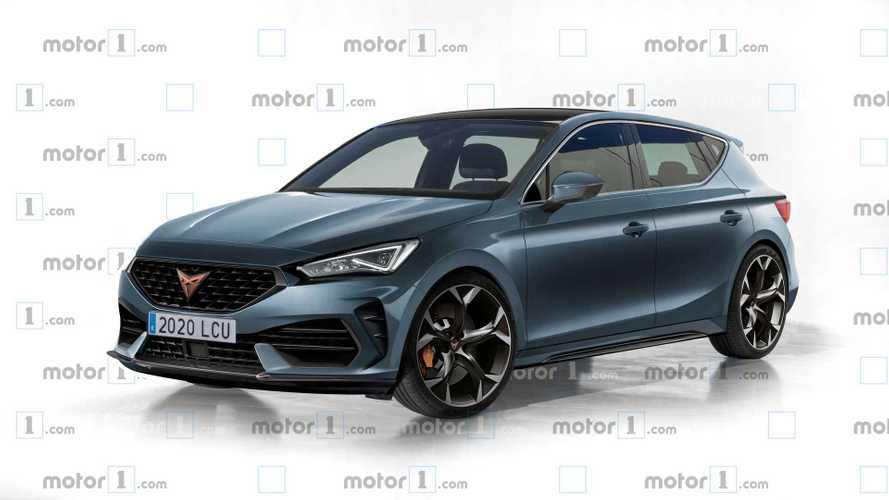 We've spotted the hot hatch covered in camo and now we're attempting to see what was hiding underneath the disguise.

Sociedad Española de Automóviles de Turismo is kicking things up a notch in terms of high-performance offerings by turning Cupra into a standalone brand. For this reason, the next generation of the sporty compact will eschew the SEAT branding altogether to go by the name of Cupra Leon, complete with the inverted triangle logo in copper created specifically for the newly formed subdivision.

We spotted a heavily disguised prototype of Spain’s feisty hatch at the beginning of June, and based on those spy images, Motor1.com’s artist in charge of rendering future products has now imagined the Honda Civic Type R rival. Looking as sharp as you’d expect a SEAT model to be, the Cupra Leon digital design exercise takes after the Formentor concept from where the C-segment performance model will adopt the plug-in hybrid powertrain.

Indeed, the Cupra Leon has already been confirmed to switch to a 1.4-liter TSI engine that’ll work together with an electric motor to develop a combined output of “up to 245 horsepower and less than 50 g/km of CO2 emissions.” It’s a statement made earlier this year by Cupra boss Wayne Griffiths in an interview with Auto Express magazine.

Yesterday, our spies caught the Cupra Leon ST flaunting a quad exhaust system hinting at the possibility of a new R version with all-wheel drive. If that’s the case, the speedy wagon will likely up the power ante once again to about 300 horsepower, although the identity of the engine is not known. A plausible scenario would be the familiar 2.0 TSI with or without electrification.

Getting back to the adjacent rendering, it only shows the exterior of the new Leon in Cupra attire. However, spy shots from early July allowed us to take a peek inside the regular Leon’s cabin featuring a tablet-style infotainment sticking out from the center console in the same vein as on the mechanically related VW Golf VIII and Skoda Octavia IV.

When are we expecting to see it? Considering SEAT has yet to reveal the normal Leon IV, it likely means we’re at least a year away from checking out its Cupra counterpart.