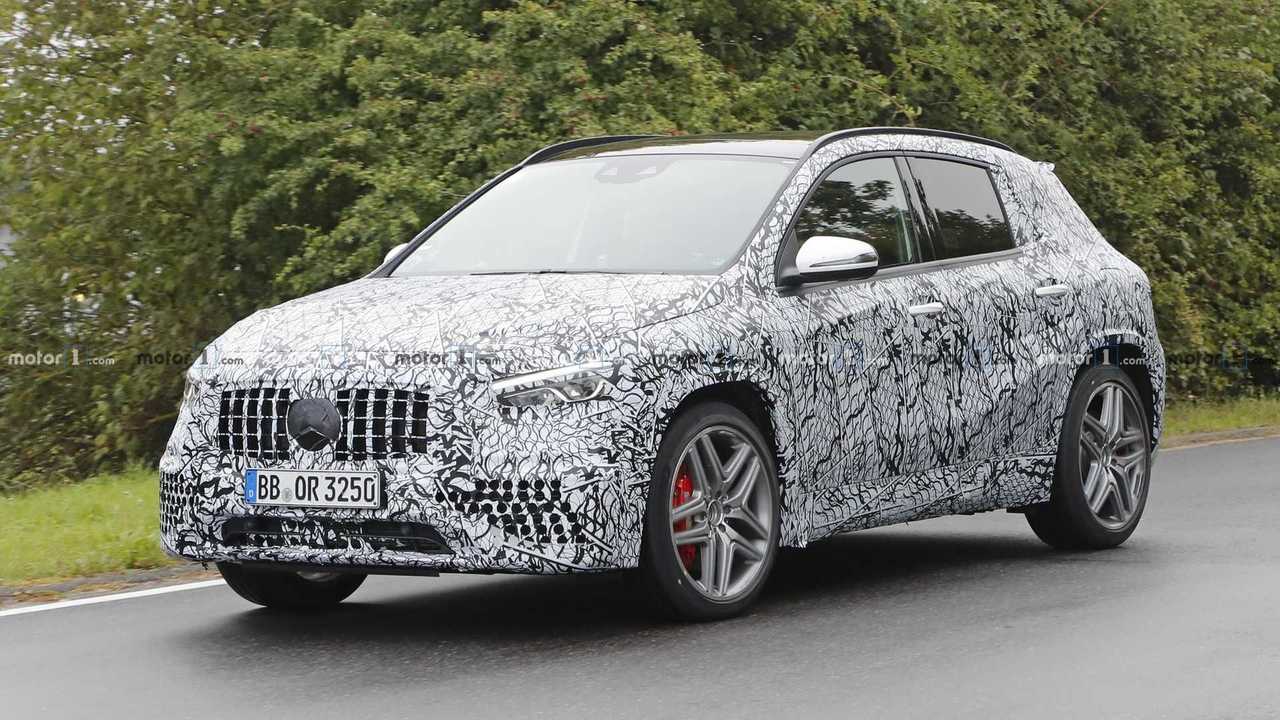 Equipped with the world's most powerful mass-produced four-cylinder engine.

From the A45 and GLA 45 all the way up to the S63 and GLS 63, AMG’s portfolio covers all the bases. Mercedes recently said the only two models it won’t send to Affalterbach for a tune are the B-Class minivan and the EQC electric crossover, plus the commercial vehicles. Aside from having more AMG models than ever before, the number of derivatives has also greatly increased with the introduction of the warm 35, 43, and 53 nameplates. With Mercedes registering the G73, GLS 73 and S73, even more could be on the way.

In this fresh batch of spy shots, we have what used to be the entry-level AMG crossover – the GLA 45. Its role as the base high-riding performance model from Daimler has been taken by the new GLB 35 with a little over 302 hp as you’ll get in the future GLA 35. If the warm version’s output should not suffice, the second-generation “45” will offer 382 hp from the world’s most powerful mass-produced four-cylinder engine. A meaner GLA 45 S will unlock 416 hp.

From the fender flares to the quad exhaust, you can easily tell this is the top dog in the GLA family. It’s hard to say whether this is the S model or not, but there’s no denying the camo is hiding the Panamericana grille reserved to the top-tier models. Standard on the S and optional on the regular variant, the Drift Mode will provide the tail-happy thrills of a rear-wheel-drive car despite the GLA’s FWD-based platform. What a time to be alive, right?

If you think the 45 AMG treatment would work better on a boxier crossover, the GLB 45 might actually debut before the next-generation GLA 45. It’s already been spotted, so it’s definitely coming to further accentuate Mercedes’ plan to AMG (almost) all the things following the recent introduction of the GLB 35.

A New GLA is Inching Closer: