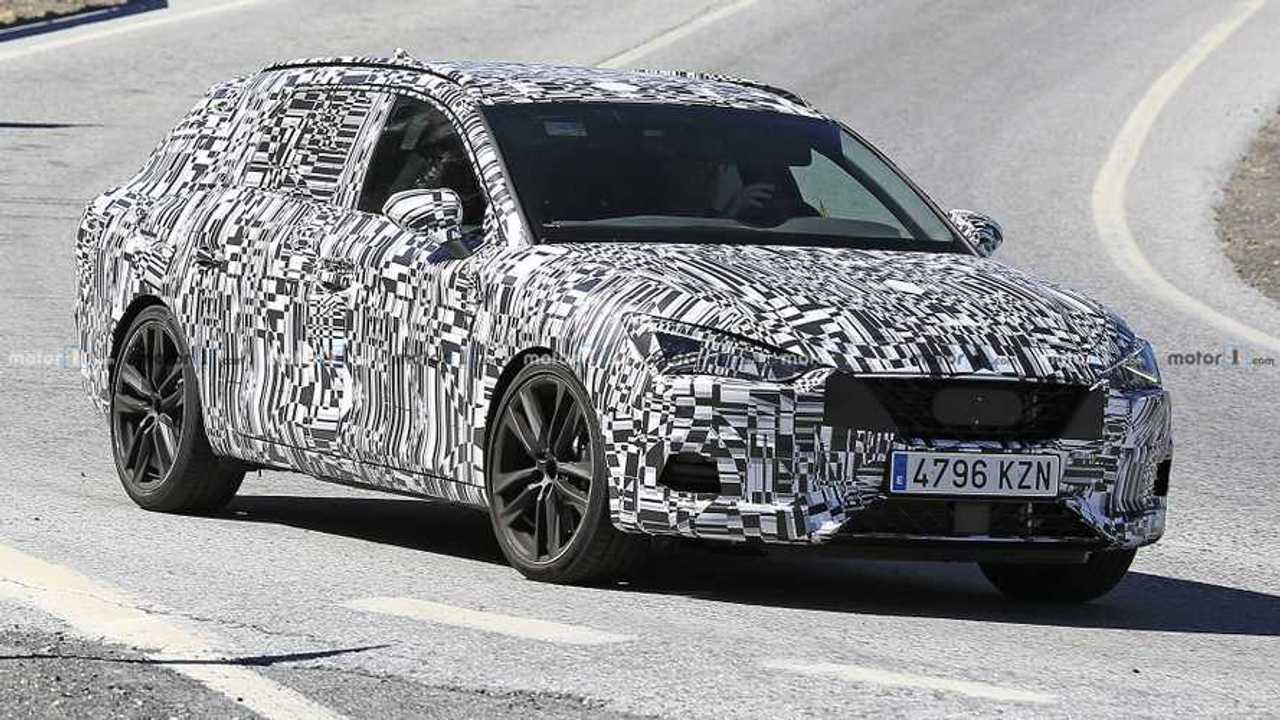 The Golf R Variant and Golf GTE with a Spanish accent.

Despite reports signaling the Golf Variant’s demise, Volkswagen confirmed yesterday plans for a new wagon. We’re keeping our fingers crossed the talented folks from Wolfsburg will come out with another Golf R Variant, but if not, we are not too worried because SEAT’s Cupra division is going to offer a somewhat similar speedy long-roof compact car.

The styling is not much of a surprise taking into account the hatchback was spotted by our spies at the beginning of June. We do notice the quad exhaust tips, which lead us to believe this is actually the hotter R version, complete with all-wheel drive and a dual-clutch automatic transmission. It will follow the SEAT-badged Leon Cupra R ST launched in Europe at the end of last year, but it will eschew the “S” badge in favor of Cupra’s inverted triangle finished in copper.

Spotted in the vicinity of the current non-R Cupra wagon, the new one had deceiving camouflage on the taillights giving us the sensation the prototype lacked the rear lighting clusters. There’s no way SEAT Cupra was legally allowed to test a car on southern Spain’s public roads without rear lights, and you can actually see them light up in some of the adjacent spy shots.

The outgoing model already offers a healthy 300 hp in R guise, so we’re wondering if Cupra will up the horsepower count furthermore. With signs of a beefier next-generation Golf R, it might just happen. As for the regular non-R version, the 245 hp offered by the Cupra Formentor concept might serve as a clue. Earlier this year, Cupra boss, Wayne Griffiths, told Auto Express the regular Cupra Leon would get a 1.4-liter TSI engine teamed up with an electric motor for a combined output of up to 245 hp like the aforementioned showcar.

It’ll be a while before we’ll get to see new Cupra versions as SEAT hasn’t even revealed the next-gen standard Leon yet. Our money is on a late 2020 / early 2021 release for the hotter members of the family.

As for the electrified Leon, the plug-in hybrid version will be a sister model of the new Golf GTE we spotted recently virtually undisguised. Like its cousin from VW, it will have the cap for the charging port on the left-side front fender we can clearly see on this prototype despite the camouflage. It will follow SEAT’s first plug-in hybrid model, the Tarraco PHEV, and should be out shortly after the conventionally powered models.