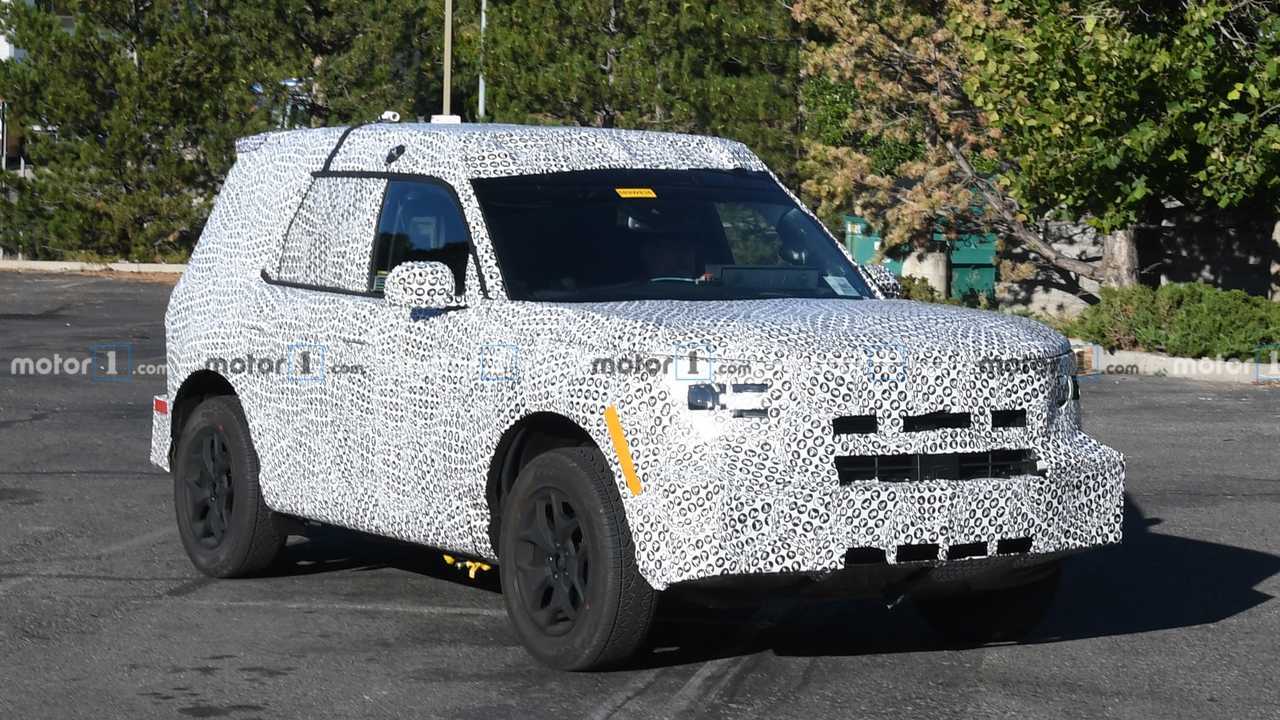 We even get a glimpse inside.

The Broncos are coming, and no, we’re not talking about the Denver-based football team. Ford has its larger Jeep Wrangler fighter in development, but before it arrives we’re going to see this smaller SUV, which was caught up-close in these fresh spy shots. It’s easily our best look thus far of the compact off-roader, often referred to as the baby Bronco. The actual name is still a mystery, though we’ve heard reports that Adventurer or Bronco Sport are likely candidates.

Regardless of the name, it’s a butch body riding atop the underpinnings of the new Ford Escape, though it’s not quite as squared-off as this prototype might have you believe. There are all kinds of fake body panels beneath the camouflage wrap, notably on the roof and around the fascias both front and rear that exaggerate the SUV’s size as well as shape. Not all of the baby Bronco’s lines are concealed, however – the curved hood and wraparound headlights reveal a bit of the shape beneath, despite more fake panels distorting the up-close view from the front.

This time around we even get a peek inside. The interior is well-concealed and filled with testing gear, but there’s certainly no missing the steering wheel. When the Sport (or Adventurer, or whatever it ends up being called) debuts, we’re expecting to see a greenhouse virtually identical to the Escape, and this steering wheel certainly supports that theory. As such, we also expect the powertrain to be a direct Escape carryover, with buyers able to choose between a 1.5-liter turbocharged three-cylinder or a 2.0-liter turbocharged four. If anything, Ford might stick exclusively with the larger mill, but that seems unlikely.

When will the camouflage coverings finally come off? Unconfirmed reports tell us Ford will go public with the baby Bronco sometime early next year. The North American International Auto Show in Detroit was once a possibility, but with that show now slated for summer, a stand-alone event or a reveal in Chicago or New York are all potential scenarios.