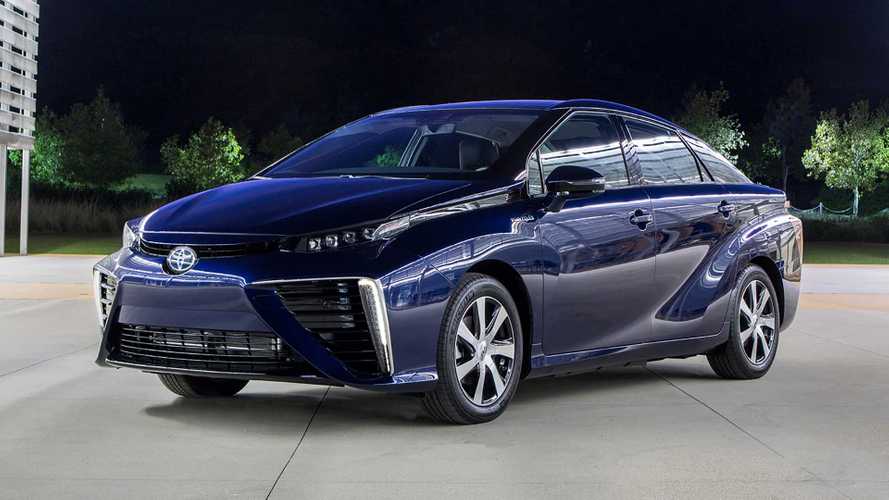 It’s easy to forget the Toyota Mirai exists. The Japanese automaker previewed the hydrogen-powered with two concepts – one at the 2011 Tokyo Motor Show and another two years later. It didn’t arrive in the U.S. until late 2015, and overall sales of all hydrogen fuel cell vehicles have been abysmal. As of February 2019, there were 6,558 hydrogen fuel cell vehicles on the road, according to the U.S. DOE’s Office of Energy Efficiency & Renewable Energy. However, Toyota hasn't forgotten about it and is preparing for a second generation.

Toyota Chairman Takeshi Uchiyamada said as much during an international meeting on hydrogen energy, according to Automotive News Europe. While hydrogen sales have been terrible compared to electric vehicles and hybrids, Toyota still has faith in the alternative power source. Toyota’s European head of sales and marketing Matt Harrison told Automotive News Europe earlier this year that the automaker expects the price of hydrogen fuel cell vehicles to match hybrids within 10 years, adding that price parity would happen by the third generation.

Right now, the Mirai isn’t comparable. For one, a 2019 model starts at nearly $59,000, which is a lot of money for a non-luxury sedan. There are other issues, too, like the lack of hydrogen refueling stations. California has just 33, and earlier this year there was a disruption of the hydrogen supply line that caused hydrogen shortages for Mirai and other hydrogen fuel cell vehicle owners.

When the Mirai debuted, some questioned the design, which looked unnecessarily over-styled. Toyota’s design has only gotten more ostentatious since the Mirai debuted, so it’s difficult to determine if the second-generation Mirai will retain its current design ethos or if Toyota will give the hydrogen-powered runabout an even more radical design. We won’t have to wait too long to find out.