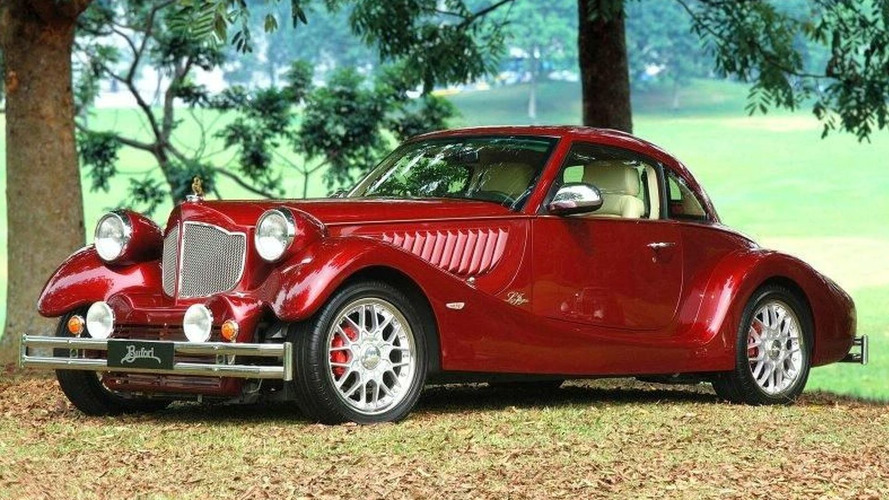 Bufori will be showcasing the Mk III La Joya, which is still retro-styled but featuring a sophisticated chassis and drivetrain, with a mid-mounted 2.7 liter V6 producing some 172kW.

Gerry Khouri hand built the first Bufori over 20 years ago in Sydney, Australia. With his two brothers Anthony and George he started the Bufori Motor Car Company shortly after. The Bufori MkI was a retro styled two-seater, completely styled after his own tastes. At the upcoming Australian International Motor Show in October, the Bufori brothers will be showcasing the Mk III La Joya, which is still retro-styled but featuring a sophisticated chassis and drivetrain, with a mid-mounted 2.7 liter V6 producing some 172kW.

The new La Joya Mk III (translates from Spanish as the Jewel, pronounced as La-Hoya) is a combination of all the best from the previous Bufori models. The car features a mid-mounted engine, kevlar and carbon-fibre lightweight body, race-style double wishbone front and rear suspension, the usual safety features, and plenty of luxury in the cabin. The interior contains 100% Persian Silk carpets, walnut dashboard and 24k gold-plated instrumentation. Bufori export their cars globally, including the United Arab Emirates, which is probably why there is an option to have precious gemstones mounted anywhere on the vehicle and an optional 24k solid gold bonnet emblem!

Bufori moved its production factory to Kuala Lumpur, Malaysia in 1999 by invitation of the Malaysian royal family and employs some 150 people, but still consider themselves Australian. "We've been selling cars all over the world but we are still Australian-owned and consider ourselves Aussie at heart. We're thrilled to make a select number of vehicles available to the Australian market." Marketing Manager Mr Pollard said.

Stay tuned for its official world debut at the Australian International Motor Show in early October.