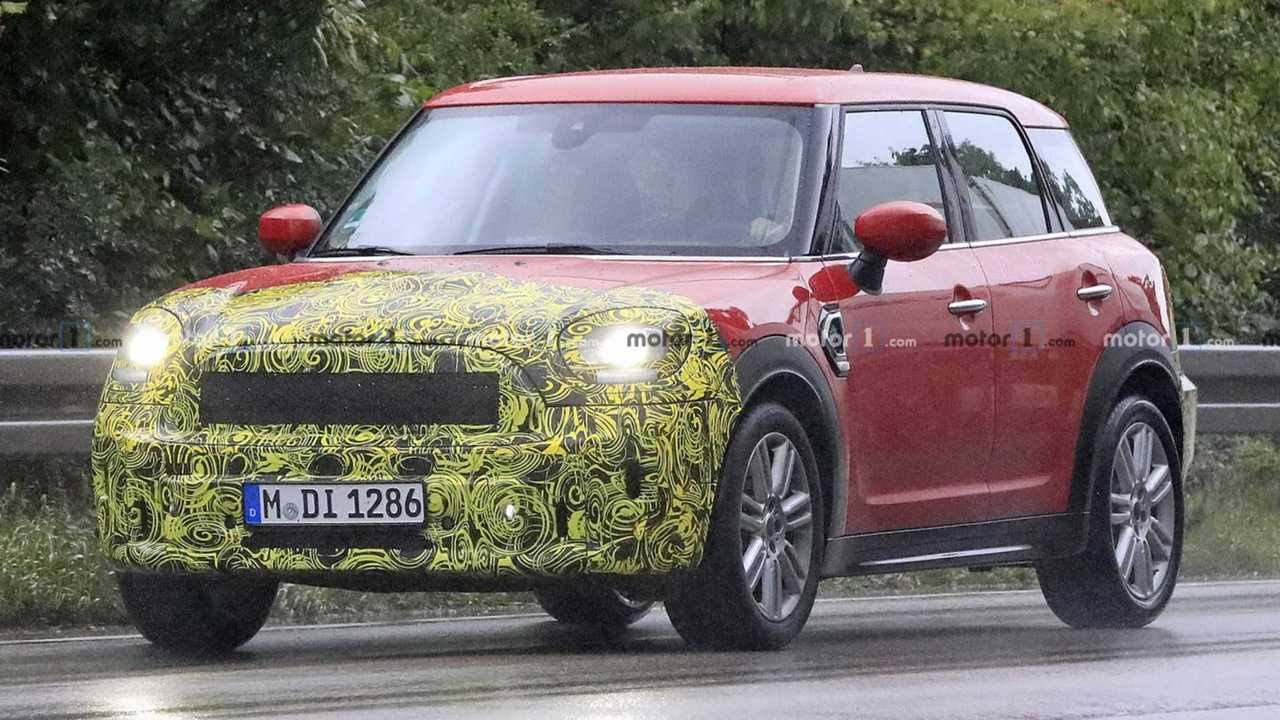 Minor visual tweaks are coming for the 2021 model year.

What you are looking at here is a test prototype of the refreshed Mini Countryman. A similar trial car was spotted by our spies back in July this year but these new shots reveal the five-door model’s little design secret.

If you take a closer look at the rear, you’ll notice the taillights have a new signature with graphics inspired by the Union Jack. That’s a feature we already saw on the refreshed Mini Hatch and Mini Convertible, and one that is most likely going to be used across the entire Mini range.

The front end is also camouflaged and the disguise hints at some possible revisions for the front bumper. More importantly, the headlamps should get adaptive matrix-beam LED technology as an option over the standard lights. In addition, the 2020 Countryman should arrive with a wider color palette, new optional wheel designs, and updated trim range.

About The Refreshed Countryman:

The powertrain family is expected to carry over without major changes. Depending on the market, the base One variant should continue to be powered by a 1.5-liter three-cylinder engine with 102 horsepower (76 kilowatts) or a more powerful variant of that unit with 134 hp (100 kW). The Countryman JCW recently got a healthy power boost to 310 hp (224 kW) and is also expected to be part of the refreshed family. The electrified Cooper S E Countryman was also upgraded with a new battery and should remain on sale without major changes.

It’s a bit surprising to see the facelifted Countryman with minimal camouflage as we expect the lifted five-door hatchback to debut towards the second half of 2020 as a 2021 model. The Paris Motor Show next year sounds like a possible venue for the debut of the new Countryman.