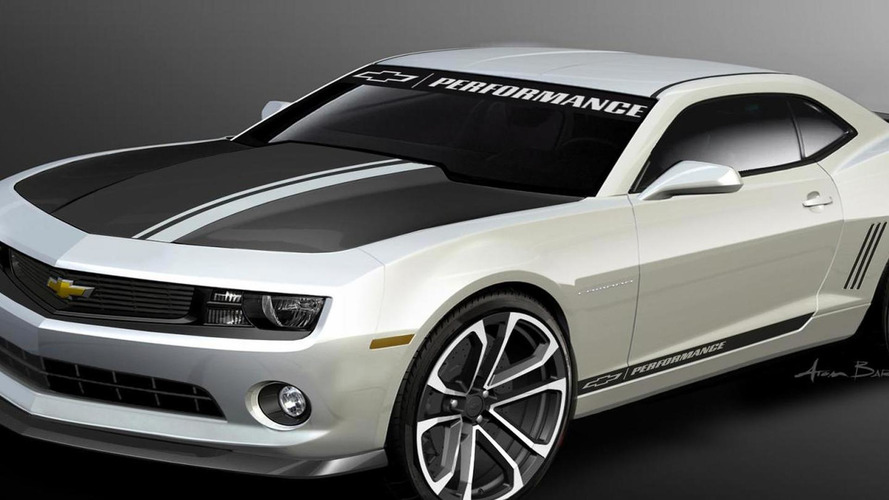 Chevrolet has announced plans to introduce the 2014 Camaro facelift at the New York Auto Show.

Chevrolet has announced plans to introduce the 2014 Camaro facelift at the New York Auto Show.

The company was silent on details but said the model "advances the design and performance attributes that has made it the most popular sports car under $50,000 for three consecutive years."

That's a little vague, but leaked documents have suggested the Camaro could gain a new twin-turbo 3.6-liter V6 engine with approximately 355 hp (265 kW). The documents also indicated there could be a new variant, possibly the long-rumored Z28, with a 7.0-liter LS7 V8 engine.

Regardless of the final details, the 2014 Camaro will be shown alongside the Corvette Coupe and Convertible as well as the SS performance sedan.