It looks ready for production.

Update: 18 pictures showing a 911 GTS Coupe prototype were added to the gallery.

Spy photos depicting additional versions of the new Porsche 911 have literally been bombarding our pages in the last few weeks and today makes no difference. After seeing the new Turbo models, in both Coupe and Cabrio variants, we can now take a first look at the next-gen 911 GTS Cabrio, which is seen virtually undisguised. 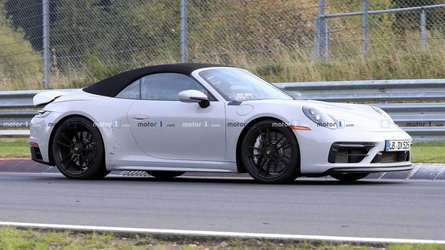 This red prototype lacks exterior camouflage and is ready to reveal its design in full. The styling is obviously shared with the already introduced 911 Carrera models at least at front, but there are some tiny tweaks to the grille and lower section of the bumper. Some more visible revisions could be in the cards for the back but, unfortunately, we are not able to check them in this batch of spy shots.

It’s very interesting to see that the dashboard is covered. We are confident the GTS models won’t have a different layout compared to the Carrera ones, making us wondering why is Porsche hiding the interior but leaving the exterior of the prototype unmasked.

As far as the engine is concerned, the GTS Cabriolet will use a more powerful version of Porsche’s 3.0-liter turbocharged flat-six engine. The previous generation of the 911 GTS had 450 horsepower (335 kilowatts) and with the new Carrera S models coming with 444 hp (331 kW), we expect the new GTS to offer north of 460 hp (343 kW).

See The Turbo Models In Development: 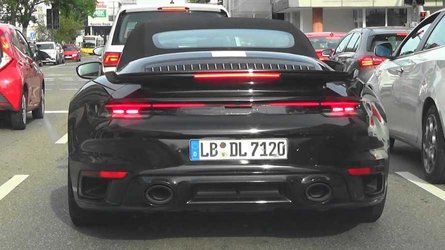 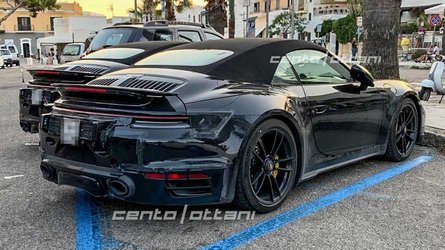 As standard, the motor will be mated to a six-speed manual gearbox, while optionally available will be a dual-clutch seven-speed automatic. Word on the street is the Sport Exhaust and Sports Chrono packages will be part of the car’s standard equipment.

This undisguised prototype makes us believe Porsche is currently putting the finishing touches on the more powerful Cabriolet model. We expect to see the upgraded convertible debut in spring of 2020 with sales starting just in time for the next open-top season.