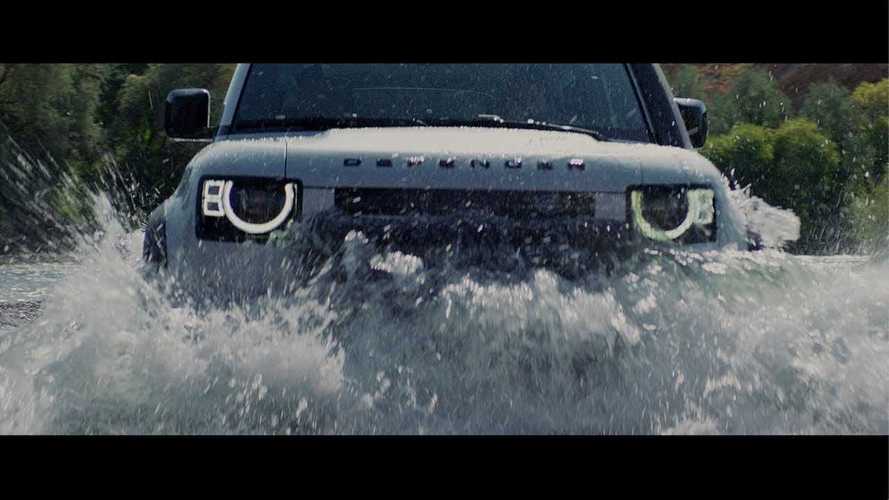 The clip features a man scaling a cliff and driving home.

The new Land Rover Defender is here, and thus far the response for the rebooted off-roader is positive. That is, except for the way Land Rover is marketing the Defender, at least among some folks in the United Kingdom. A report from The Daily Mail points to a tweet from prominent British television presenter Mariella Frostrup, who heavily criticized the automaker for exclusively featuring a man in its Defender commercial.

The video in question opens with a man named Kenton Cool scaling the side of a cliff in Kazakhstan. Mr. Cool (yes, that’s his real name) is something of an adventurer, having scaled Mt. Everest no less than 14 times. At the top of this particular mountain, he gets a message asking where he is and a “warning” not to be late. As you can probably surmise, he returns to his nearby Land Rover Defender, plots a 4,440-mile route home, and the rest of the commercial is Mr. Cool blasting through pretty much every terrain imaginable. Here’s the full clip for you to peruse.

The New Defender Is Here:

As you can see from Ms. Frostrup’s tweet, the complaint here is that there are plenty of female adventurers that could’ve been featured in the commercial. She uses the hashtags #everydaysexism and #misogyny to describe Land Rover’s advertising effort, and according to the Daily Mail, she generated a fair amount of online support for her claim. She also had some detractors suggesting she was creating controversy where none existed, including this tweet from Suzy Hillier, a self-proclaimed feminist.

In response, a Land Rover spokesperson said the automaker works with a variety of role models both male and female in its marketing endeavors. Furthermore, this video is just part of a wider Defender advertising campaign.

"For the launch of the new Land Rover Defender, we used positive female role models as well as male ones. Land Rover works with a wide variety of ambassadors both male and female. For example, for the launch of the new Range Rover Evoque we worked in partnership with Adwoa Aboah and Jamie Oliver. For the new Defender, Ambassadors Zara Tindall and Kenton Cool joined us in Frankfurt with Julia Bradbury hosting our global reveal live stream. The specific launch video mentioned was merely one part of a much wider launch campaign featuring a mix of male and female personalities in a wider variety for films and still photography."

In August, Britain banned a commercial for the Volkswagen Golf because it was deemed as depicting potentially harmful gender stereotypes. The short clip featured men engaged in more adventurous activity such as camping on the side of a cliff, with women being shown in a kitchen or sitting on a park bench.

Jeep, Ram Drop New Super Bowl Ads That Hit Us In The Feels

The Land Rover commercial is certainly very masculine, but does that warrant Ms. Frostrup’s claims of misogyny and sexism – words that by definition include active discrimination, prejudice, and contempt towards women?