She made runs worthy of the record.

A submission to the Guinness World Records could give Jessi Combs the record as the fastest woman in the world following her death while persuing the title. Combs successfully completed runs going 515.346 miles per hour and 548.432 mph for an average of 531.889 mph, according to Autoblog. Kitty O'Neil set the existing record of 512.7 mph in 1976. 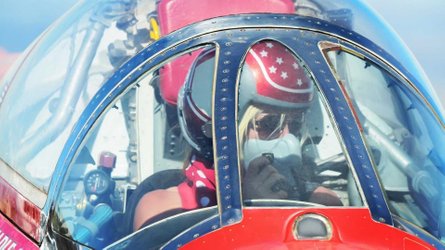 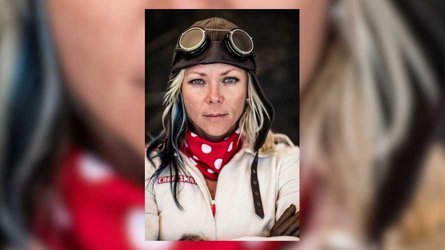 Move Fast If You Want To Catch This Jessi Combs Tribute

"Jessi's most notable dream was to become the fastest woman on Earth, a dream she had been chasing since 2012. Combs was one of the rare dreamers with the bravery to turn those possibilities into reality, and she left this earth driving faster than any other woman in history," Combs' family said in a statement, according to Autoblog.

Combs died on August 27, 2019, while piloting a jet car during a record attempt on a dry lake bed in Oregon. She was just 39 years old.

As a racer, Combs set a women's four-wheel speed record of 398 mph in 2013. She also scored class wins in the King of the Hammers off-road race and participated in the Baja 1000. Combs was a skilled mechanic and fabricator, too. She showed off those skills on television with appearances on shows like Overhaulin’, Xtreme 4x4, Mythbusters, and All Girls Garage.

From September 22 to 25, the Petersen Automotive Museum in Los Angeles is holding a special exhibit that celebrates Combs' life called Jessi Combs: Life At Full Speed. The presentation, which is free to enter, includes items like her motorcycles, welding gear, racing honors The museum is also accepting donations to support The Jessi Combs Foundation that aims to educate, inspire, and empower female fabricators and women in mechanical fields.