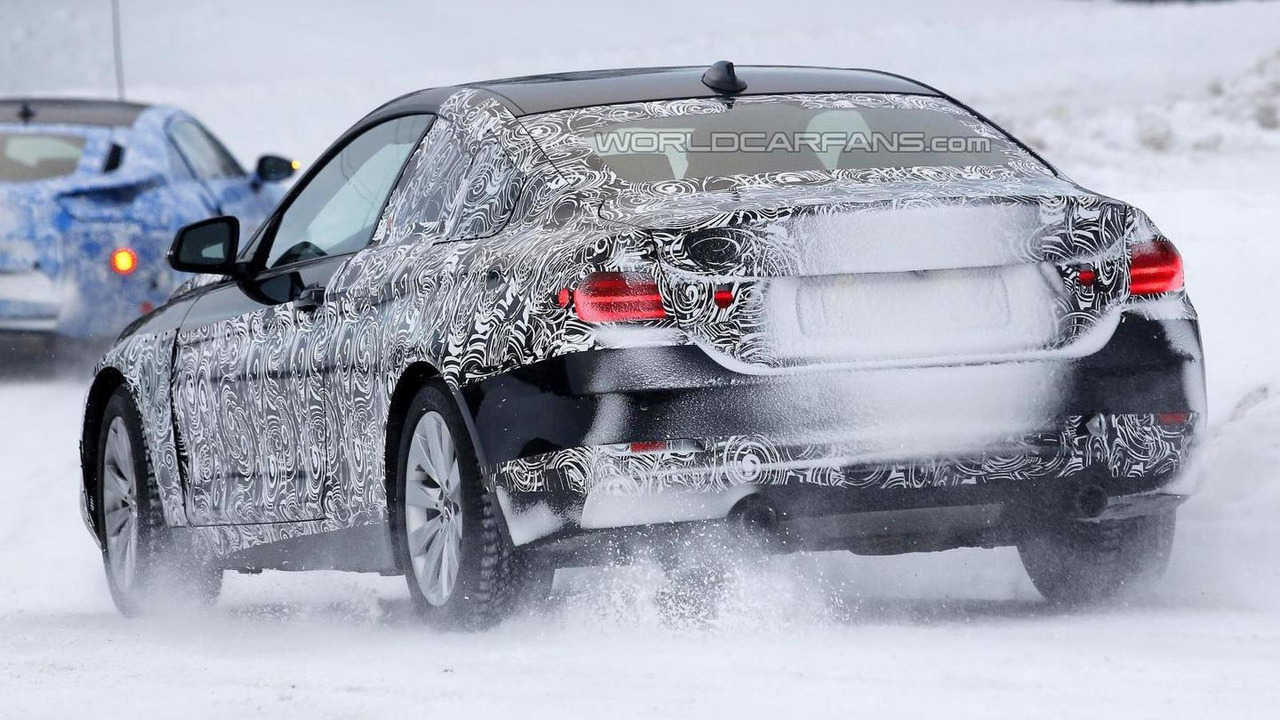 BMW is doing some last-minute testing of the 4-Series Coupe before the car enters production in July.

BMW is doing some last-minute testing of the 4-Series Coupe before the car enters production in July.

Set to replace the 3-Series Coupe, the new model is not as exciting as the concept seen in January at NAIAS and is expected to be slightly larger than the outgoing model. The 4-Series Coupe (F32) will be manufactured at BMW's factory in Munich and will be offered in 428i and 435i versions. There will also be xDrive 428xi and 435xi all-wheel drive variants made at the same factory which will go on sale together with the regular models.

The convertible (F33) enters production in November in Regensburg and will be sold as a 428i and 435i. For the moment, BMW does not plan xDrive versions of the cabrio. The 4-Series lineup will be expanded with a GranCoupe version which will probably be launched in 2014.