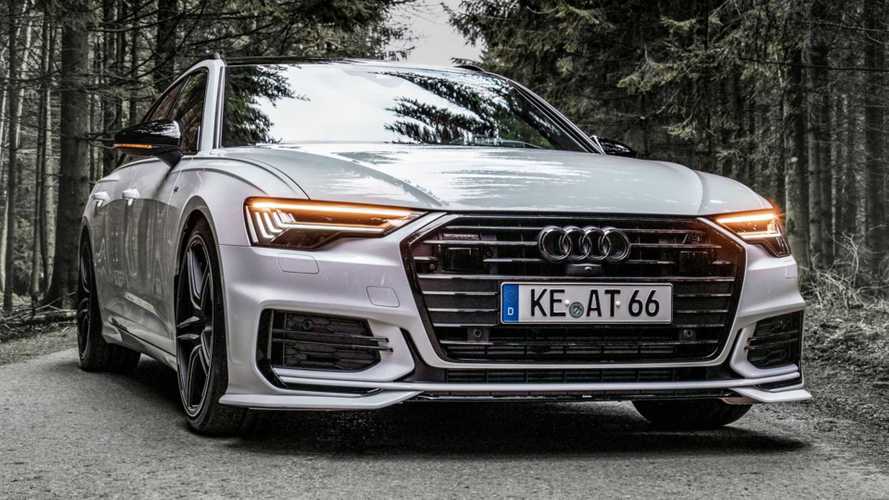 There are visual upgrades, too.

The Volkswagen Group tuning specialists from ABT are back with a new performance package for three of Audi’s most popular large cars. This time, the Kempten-based firm does its magic on the A6, A7, and Q8 models of the brand with the four rings in their versions with the 3.0-liter TFSI engine.

In stock form, the turbocharged trio offers 340 horsepower (250 kilowatts) coming from the six-cylinder gasoline engine. The ABT Power kit brings that number to 408 hp (300 kW) for all three cars, while peak torque is up from 369 pound-feet (500 Newton-meters) to 406 lb-ft (550 Nm). While ABT is not providing exact details on the performance upgrades made to the engine, it says it has used its advanced ABT Engine Control module to extract 68 ponies (51 kW) from the 3.0-liter TFSI.

In addition to the power boost, ABT also offers the ABT Level Control unit, which attaches to the standard air suspension of the Q8 and offers an electronically-controlled suspension lowering for the big SUV. Also, the German tuner will happily sell you an aerodynamic body kit for the “big three,” as well as interior trim upgrades. A large range of custom wheels is also available and all can be previewed through the company’s online configurator.

Audi A6, A7 and Q8: three characteristically different premium cars, each available with the 3.0 TFSI engine, delivering 340 hp (250 kW) as standard. That all sounds rather appealing, but ABT Sportsline boosts the turbo-charged trio beyond the 400 hp mark, now. This is made possible by the performance upgrade ABT Power, which is based on the high-tech control unit ABT Engine Control (AEC). To quote specific figures: This means that the performance increases from 340 hp to 408 hp (250 kW to 300 kW) – a significant plus of 68 hp. The torque is increased from 500 Nm to a phenomenal 550 Nm. With the performance question resolved, now you have the choice between the versatile and dynamic Audi A6, the extravagant Audi A7 or the powerful SUV Audi Q8. The latter can even be lowered electronically with the ABT Level Control for the standard air suspension.