No speed limit on a straight road, what's not to love?

The Dodge Challenger SRT Hellcat is probably one of the most exciting American cars of today. We've seen the muscle car in action in plenty of drag races, championing over its rivals in straight-line races. But what if the Hellcat reaches an unrestricted section of the Autobahn?

Well, Youtube's AutoTopNL is here to give us what we've all been waiting for. Even better, we get to see the high-speed run from the driver's point of view – kind of bringing us to the experience of hitting exhilarating speeds on a public road.

Before that, let's review what the Challenger SRT Hellcat could offer. In its tamed state a.k.a. the Black keyfob, the Hellcat can only produce around 500 horsepower (373 kW) from its 6.2-Liter supercharged Hemi engine.

However, using the Red keyfob unleashes the Challenger Hellcat's full potential, which is up to 717 hp (535 kW) and 656 lb-ft (889 Nm) of torque on the MY2019 Hellcat. This is the case in this video as you can see when the driver entered the vehicle and started the engine. Honestly, we can't help but smile when we saw the Red key notification on the instrument cluster.

A Gladiator With A Hellcat Engine? 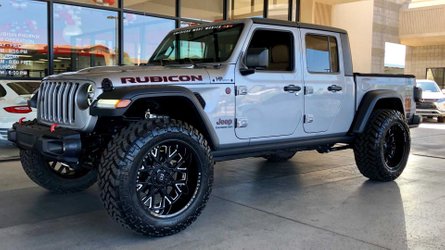 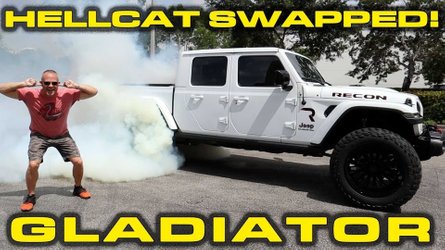 Jeep Gladiator With Hellcat Swap Does 0-To-60 MPH In 5.7 Seconds

On the video, you could see that the Challenger Hellcat reached a maximum speed of 168 miles per hour (270 kilometers per hour) on its gauge clusters. It's a bit short compared to its top speed on paper, which is rated at 199 mph (320 kph) but not an easy run, by the way, since it was done on a public road.

It's also commendable that the run looks stable even at high speeds. There was minimal shake, although, you could thank post-editing for that. Nevertheless, we're pretty sure it was a lot of fun because frankly, a Challenger Hellcat plus a straight road without speed limit is one hell of a combination. Agree?