A case of trickling up instead of down.

When car technology crosses over to other models in a manufacturer's lineup, it's usually a case of the better stuff making its way into the smaller or cheaper cars in the family. Mercedes-AMG has quietly revealed that it's technologically impressive 2.0-liter M139 turbocharged in-line four-cylinder will make its way into other larger AMG models. So is this a rare case of trickling up? We seem to think so.

In an interview with Paultan.org at the Frankfurt Motor Show, Tobias Moers, AMG's big boss, has revealed that the mill found in the AMG A45 and CLA 45 won't be limited to front-wheel drive models. He goes on by saying "The reason [why it makes so much power] is that we’re going to use that engine for further applications which are not necessarily east-west applications." Capable of up to 421 horsepower and 369 pound-feet of torque, the M139 engine has been developed for rear-wheel drive duty as well. That doesn't mean a C45 is coming anytime soon, however, as Mercedes and its AMG division have always made it clear that electrification is the way to go.

It's highly likely that the M139 engine will be used in a big way, integrating nicely into a system that uses an electric motor, and likely replacing the range of six-cylinder engines in the 43 and 53 models, too. Moers also added that future 63 vehicles will still have horsepower figures at around the 600 mark, even with the use of a hybrid system. Could this be one step closer to the end of huge displacement and huge turbos? 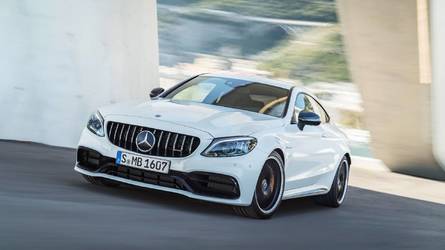 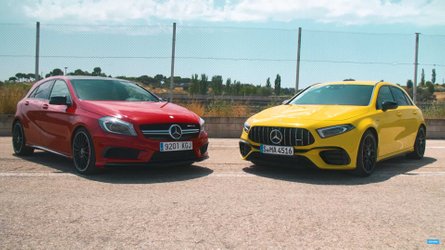 With the ability to extract so much power from a much smaller footprint, the path to more hybrid powertrains with impressive performance is the next likely step for the German manufacturer. We just have to wait and see what they have in store for us in the coming months.