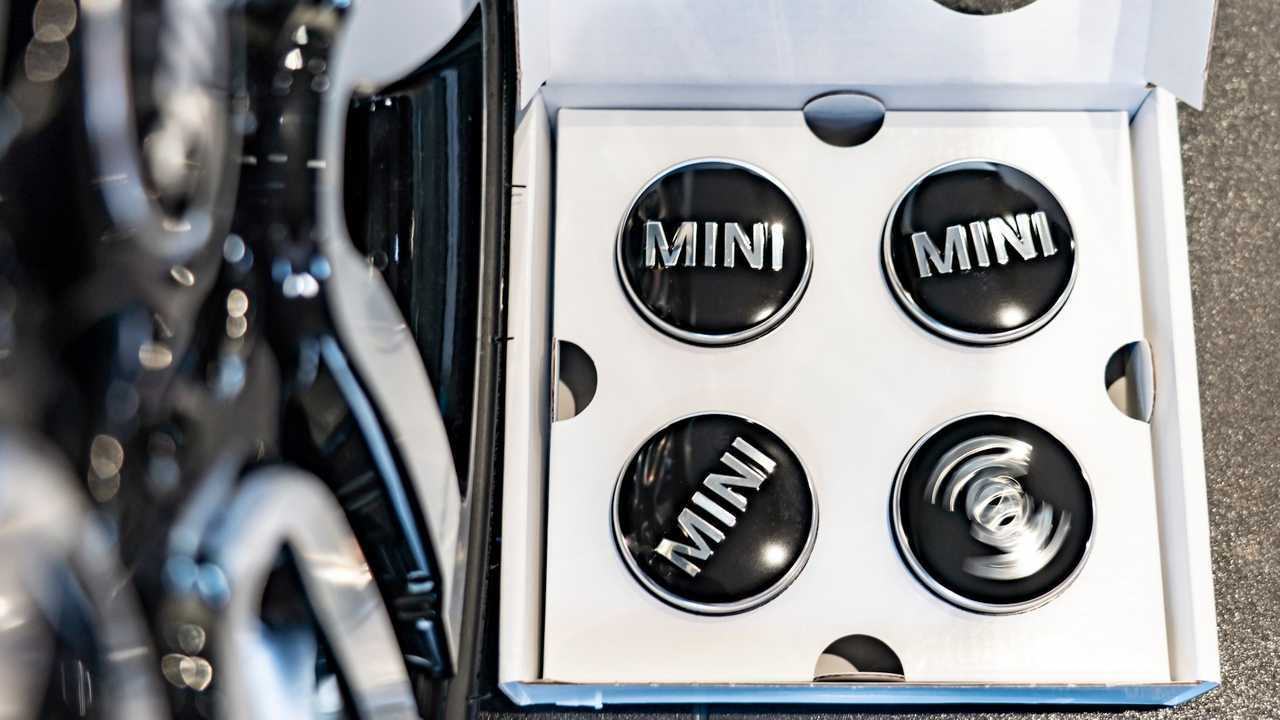 Makes it easier to take photos of the wheels, right?

As motoring journalists and photographers, one of the things that kind of irk our sense is when we're shooting the car's wheels. We always want to keep the logo on the wheel hubcap at the right orientation to make the image more aesthetically pleasing, to say the least. That, or we just want the photos to be really perfect.

Now, that isn't a problem if you have someone with you when you're shooting a car. But most of the times, we shoot alone; well, at least I do. Mini, however, launched an addition to its original accessory range that resolves my personal annoyances – a set of floating wheel hubcaps that stays in an upright position.

The floating hubcaps set is available for Mini and John Cooper Works models. It doesn't rotate with the wheel, which keeps the Mini logo in a readable horizontal position. This new Mini accessory might sound mundane for some, but we think it's pretty cool for reasons we've already mentioned above.

Using a "precisely positioned weights on the front of the cap and a flexible connection to the wheel hub extension," Mini was able to employ the new accessory function. Even better, Mini said that you can easily swap the new floating wheel hubcaps with the current hubcaps within a few steps.

What's Next For Mini?

If you're interested, the new Mini accessory can be purchased through authorized Mini dealerships or via online shopping here. It's available in two versions: the regular Mini logo or with the John Cooper Works branding.

Meanwhile, Mini is a bit quiet these days. Maybe the automaker is busy with the upcoming new Countryman, or maybe it is up to something really big in the months to come. Who knows, but we'll keep an eye on the company and bring you the news as they happen.