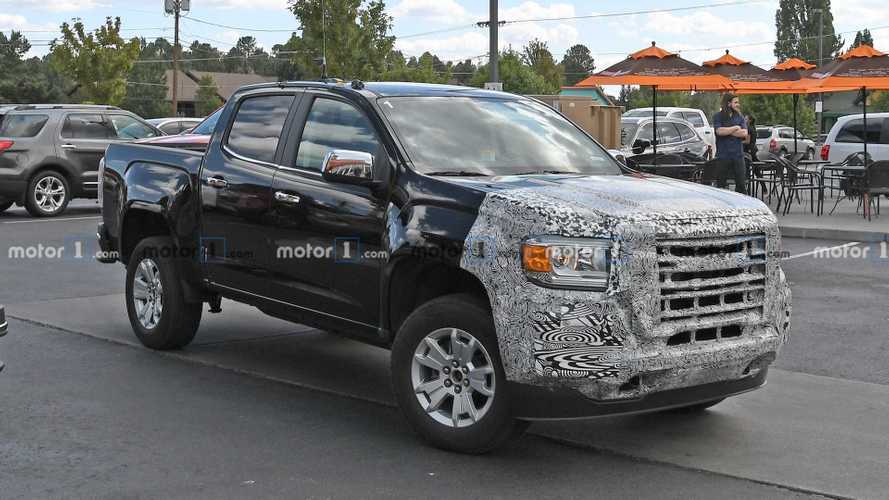 The aging midsize trucks will get a tweaked face before next-gen models arrive later next decade.

Word on the street is that GM will have new versions of the GMC Canyon and Chevrolet Colorado midsize trucks for the 2023 or 2024 model year. That’s good, because the General’s twins have endured in their present second-generation form since 2012. Granted, there hasn’t been much competition for GM to worry about, but now that we have a Ford Ranger and Jeep Gladiator in the mix, the segment isn’t as buttoned-down as it once was. As such we heard rumors last month that GM could have a facelift coming before the new-generation arrives, and now our spy team has proven those rumors correct with this first sighting of the Canyon and Colorado together.

The two prototypes were spotted at a Dunkin Donuts, giving us an excellent chance to compare the differences between them. In this instance, we are literally talking about a facelift, since the exterior changes are solely relegated to front clip. The GMC is getting an even bigger version of its corporate grille, reaching well south into a revised fascia with a design that could mirror the full-size Sierra. The Colorado will also gain an updated grille that loosely resembles its full-size counterpart, though the size looks to be the same as what's used on the current truck. Details on the Chevy’s lower fascia are tough to pick out, but it appears to be very similar to today’s model.

Midsize Competition Is Heating Up:

It’s unknown at this time whether GM will offer interior updates to accompany the new faces. If anything, some added technology or additional standard equipment would be a logical choice. With a completely new platform just a few years away, we don’t expect any radical changes to the powertrain, either.

This is only our first sighting, but we suspect GM has fast-tracked these updates to production. Expect a debut early-to-mid 2020 for the 2021 model year.