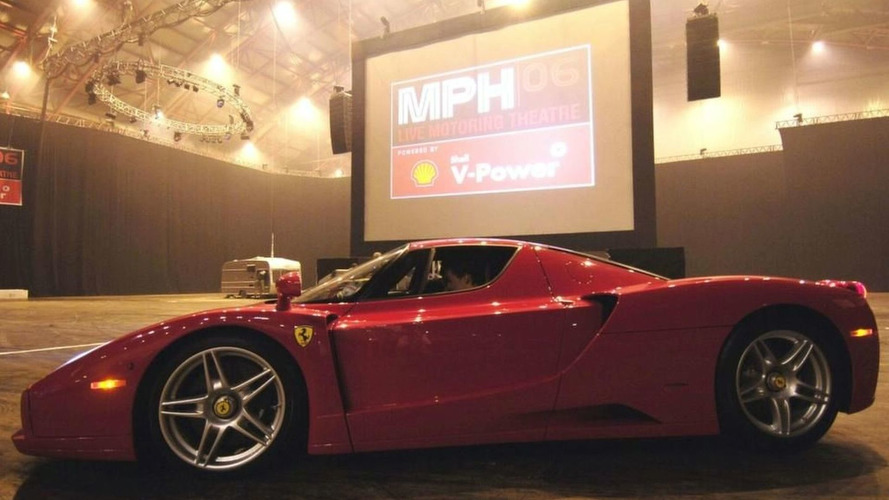 This year's MPH Show, taking over London's Earls Court on November 1-4, 2007 and NEC in Birmingham the following week, will feature one of the most luxurious and expensive modern car collections in the world, ever.

When Ferrari's astonishing F40 was launched back in 1987 it became the world's first production car capable of exceeding the magical 200 mph barrier by just a mile - 201 mph. The Ferrari F40's reign as the fastest sports car lasted only two years until 1989, when RUF's 469 bhp CTR "Yellowbird" topped out at 211 mph. Impressive, but in 1993 things took a turn. When Gordon Murray's McLaren F1, putting out 627 bhp shooting the car to a top speed of 242 mph, hit the roads in 1993 there was no question that it had set new standards; standards that weren't equalled until a decade later. While only a trickle of 200+ mph cars were materialized in the 1990s, the 2000s have been a true "golden age of supercars," with more than thirteen 200+ mph cars having been launched since 2003.

Lee Masters, show director of MPH, is responsible for "getting the cars for Jeremy and his co-hosts in the live motoring theatre", stating that "We’re in conversation with the companies who hold the keys to the most desirable cars on the planet. We plan to bring the ‘200mph club’ to London and Birmingham and parade the best of this year’s dream machines through the theatre and motor show.”

Masters added that "new 200mph+ machines are being launched with a regularity we wouldn’t have dreamed of 20 years ago when the F40 was launched. The McLaren F1 was launched in 1994 and it wasn’t for nearly a decade that the top speed was beaten by the Veyron. We now have a situation where manufacturers are already claiming to have, or are aiming to beat, the Veyron’s top speed. There is an escalating power race going on between the top manufacturers and who knows, we could see top speeds approaching 300 mph in another 10 years.” See our earlier article on the SSC Ultimate Aero TT and SSC's plans to beat the Veyron world production car speed record of 253 mph. See table below for the MPH 200 mph club cars.