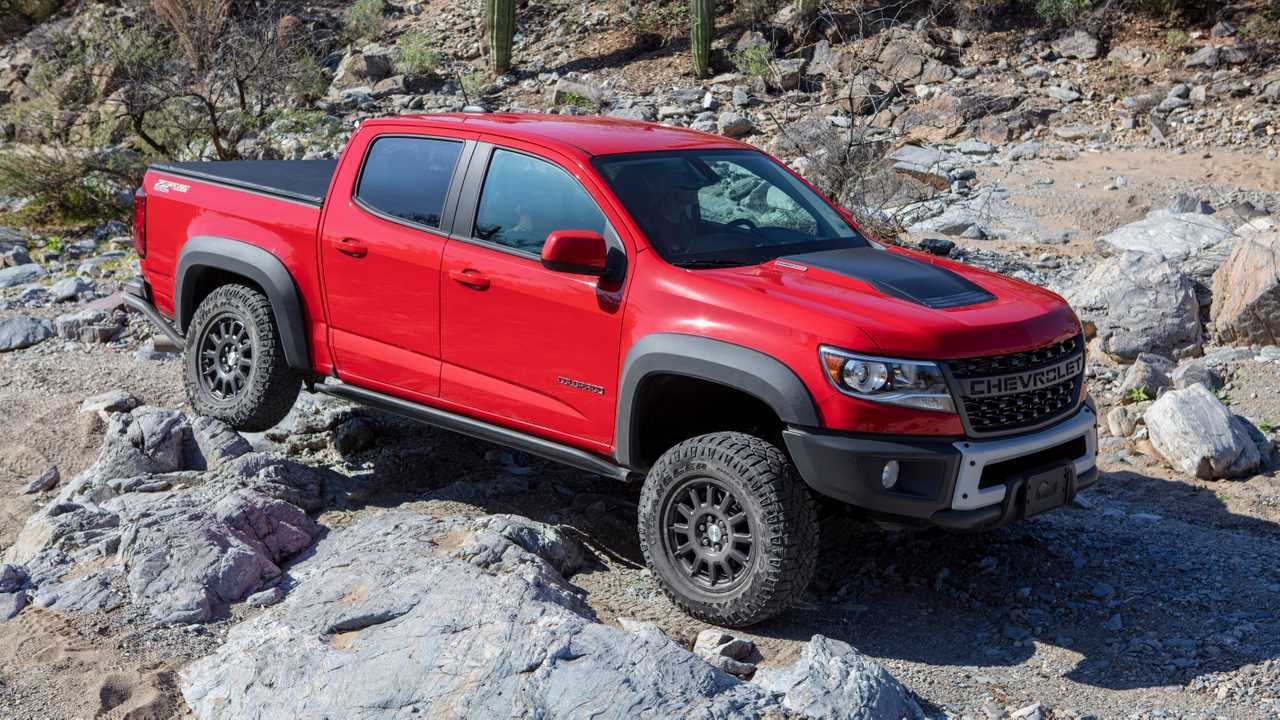 It would be an upgraded tire/fender package only available through American Expedition Vehicles.

If the Chevrolet Colorado ZR2 Bison isn’t quite cool enough for you, American Expedition Vehicles (AEV) could have a solution. The aftermarket company is reportedly planning to offer an upgraded tire option that would work in conjunction with its high-clearance fender flares unveiled earlier in the summer at the 2019 Overland Expo West. The 35-inch tires would give the mid-size off-roader a bit more clearance for tackling trails, not to mention a better bite into the earth. The special fender flares would create the clearance needed, and it would all be part of a special Bison package.

Bringing In The Herd:

The word comes from Muscle Cars & Trucks, which spoke to the company about the plan. AEV collaborated with General Motors to bring the original ZR2 Bison into showrooms, but this proposed addition wouldn’t be sold through dealerships. Rather, it would be a separate package from the aftermarket company, which incidentally, can also sell other ZR2 Bison bits like the bumpers or skid plates for those looking to upfit a standard Colorado.

Apparently, AEV wanted the larger tires from the get-go. The report claims that some sparring took place over the tire size, but GM wasn’t interested in spending money on additional tests to see how the bigger rubber would get along with the truck. The current Bison you can buy at dealerships rides on 31-inch tires, which aren’t exactly small. It also features the aforementioned bumpers and skid plates, as well as the Chevrolet-branded grille.

The report doesn’t include specifics on cost or availability for the tire/fender package. The 2019 SEMA Show is just around the corner, however, and AEV plans to be there with a Bison wearing the upgraded kit. The truck presently has the working name of Bison Plus, though something more imaginative could surface before the package officially goes on sale.