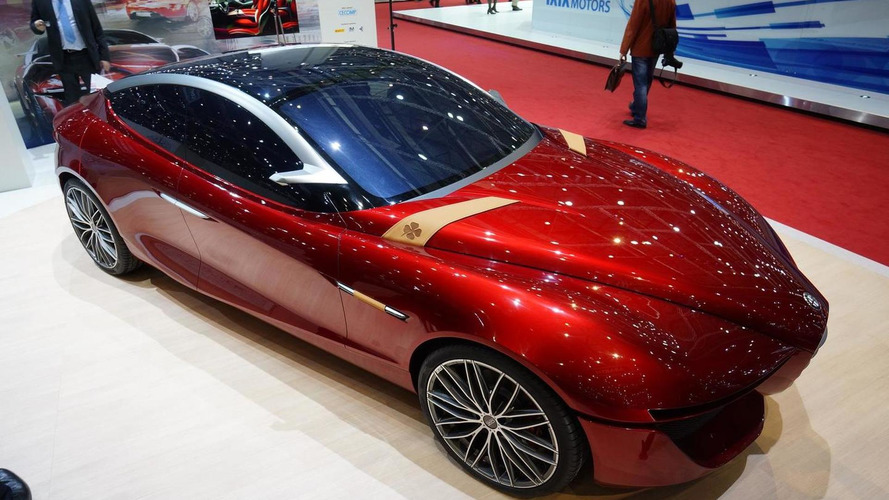 After we saw several low-res photos, now we take a clearer look at the curvy striking red concept which was designed by 20 students at IED for their thesis project to obtain their Master of Arts in Transportation Design degree. The vehicle has the following measurements: 4700mm long, 1920mm wide, 1320mm tall and with a 2900mm wheelbase.

Alfa Romeo also took part in this interesting project and it is rumored the styling of the Gloria will influence the all-new Giulia model which will be out sometime in 2015 in Europe, U.S. and Asia. At first it will be available as a sedan but an estate variant is also in the works. It will be Alfa's replacement for the defunct 159 which was available exclusively in Europe until the end of 2011.