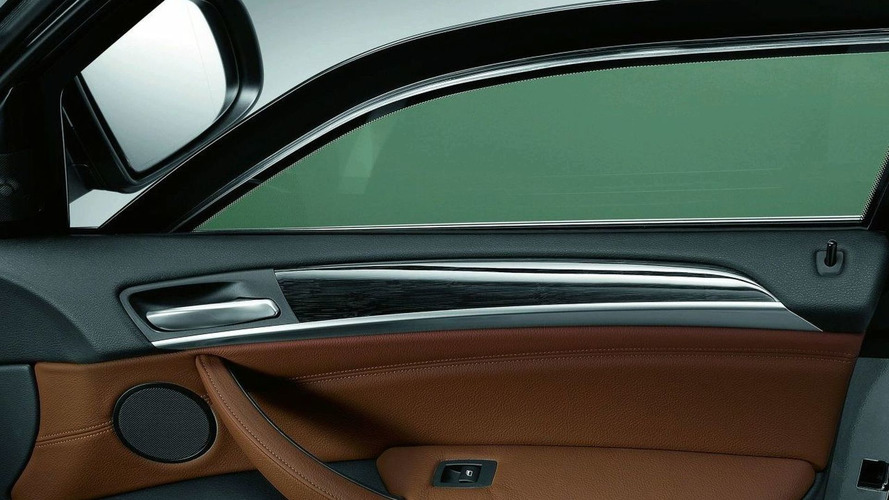 BMW X5 Security offers protection for the most precious cargo in cases of hijackings, gun attacks and robberies.

Following past trends of offering intense protection for their clients, BMW is now offering the X5 Security - a name which really explains itself. But if you insist on knowing more then read on. X5 Security is virtually identical to normal X5 except for a few minor additions. Like the fact that a .44 Magnum can’t penetrate its skin, or that its windows are bulletproof to the extent of protecting against prevalent crimes like robbery, hijackings and kidnappings. Tyres as well are able to take a hit and will run at up to 80km/h for up to 50km after a bout of assault. No doubt X5 Security will be in high demand in many parts of the world where criminals just fall short of exploding victims’ cars.

In addition to protecting and withstanding attacks like these, interior aftermath communications will ensure a safe return of precious cargo to its rightful owners. Occupants can communicate with outsiders via intercom and after an assault alarm is triggered, windows and doors are automatically locked. There are also cameras all around to give driver a near 360-degree view of surroundings at all times. No self-respecting VIP driver will go without this.

Standard in the car is the 4.8-litre V8, good for 261kW/ 355 bhp plant that’s capable of 7.5 second sprints to 100km/h. All the expected safety features that are standard are found in the X5 Security, such as DSC, airbags and xDrive.