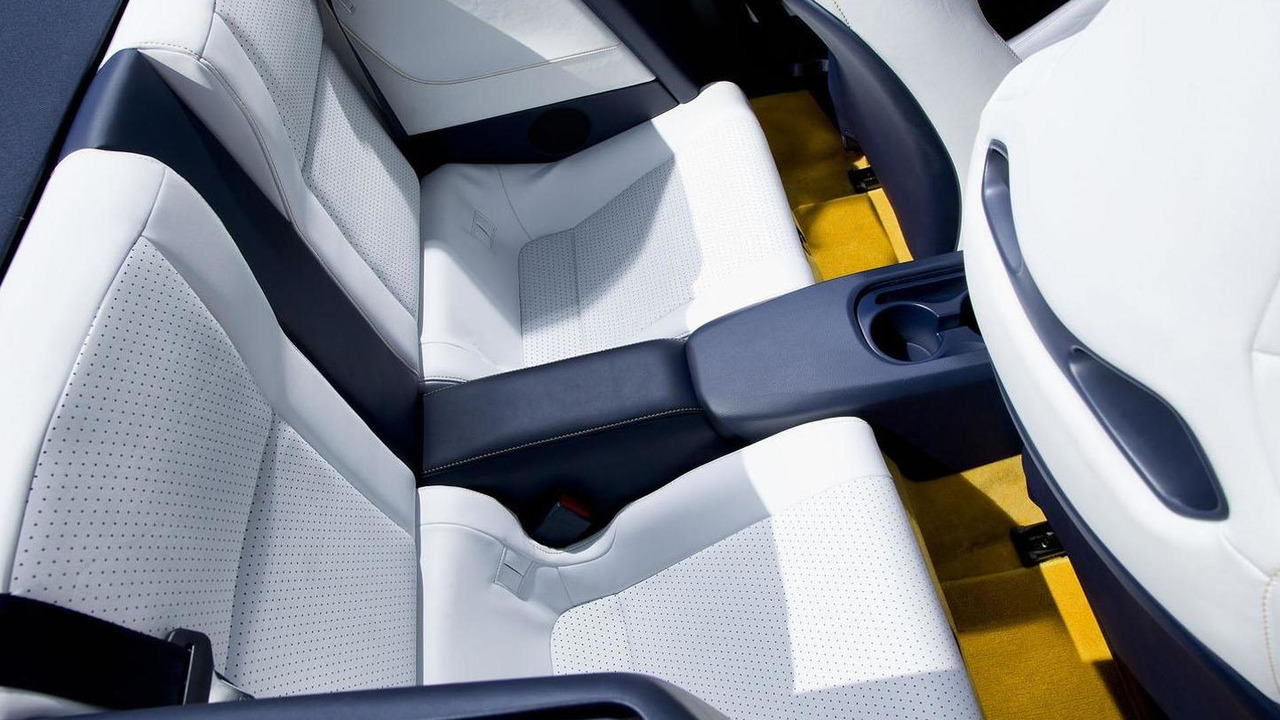 Toyota's highly-anticipated FT-86 Open concept has been unveiled at the Geneva Motor Show. It previews a possible GT 86 Convertible.

Toyota's highly-anticipated FT-86 Open concept has been unveiled at the Geneva Motor Show.

Designed to preview a possible GT 86 Convertible, the Open has a familiar exterior but adopts a multi-layered fabric roof with an integrated glass rear window. While the soft top will undoubtedly rob some luggage space, Toyota says the impact will be "minimal."

Moving on to the cabin, the concept has a unique interior with white and blue leather as well as yellow-gold carpeting. The overall design leaves a lot to be desired, but the cabin is nicely equipped with metallic accents, alloy pedals and an integrated iPhone holder.

Power is provided by a naturally-aspirated 2.0-liter four-cylinder boxer engine that develops 200 HP (147 kW) and 205 Nm (151 lb-ft) of torque. It is connected to a six-speed manual transmission, but a production model would also be offered with a six-speed automatic.

Toyota says the concept was created to "gauge customer reaction to the possible launch of a cabriolet version," but the company confirmed the GT 86 was always envisioned to be offered as a drop top. As a result, engineers used "frameless doors" and a rigid structure right from the get-go. Toyota also revealed that if the convertible is approved for production they would ensure it weighs as little as the coupe and retains its trademark handling.