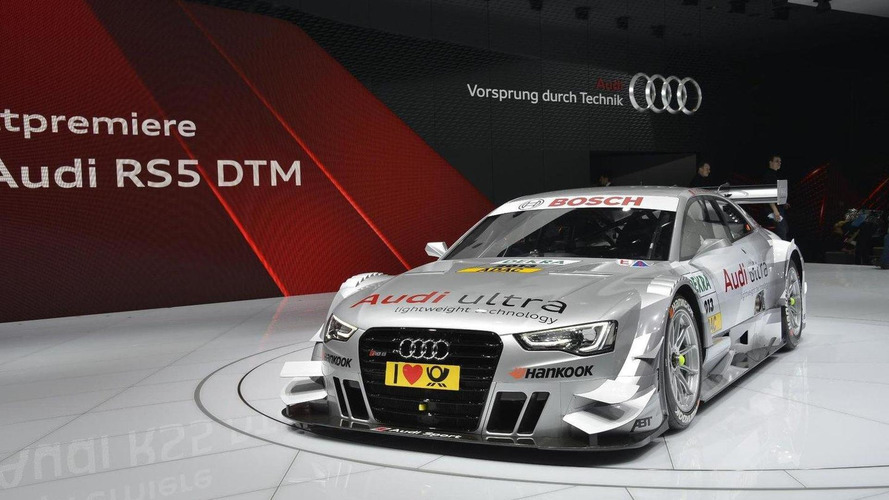 In a surprise move, Audi has unveiled the RS5 DTM at the Geneva Motor Show.

In a surprise move, Audi has unveiled the RS5 DTM at the Geneva Motor Show.

Set to enter competition on May 5th, at the Hockenheimring, the race car is an evolution of the A5 DTM. Audi withheld specifics, but said the model has "extremely limited" improvements as a result of a freeze on technical development at the end of 2012 season. Despite this, Audi says their engineers were "quite resourceful" and reviewed more than 4,000 components to see if any of them could be optimized.

Specifications are still a mystery but Audi's Head of Motorsport, Dr. Wolfgang Ullrich, said “The performance data of the current RS5 and RS5 DTM are very similar. This is why we are of the opinion that both fit perfectly to one another.”

Regardless of the final numbers, a total of eight RS5 DTMs will be fielded in 2013 by Abt Sportsline, Phoenix and Rosberg.