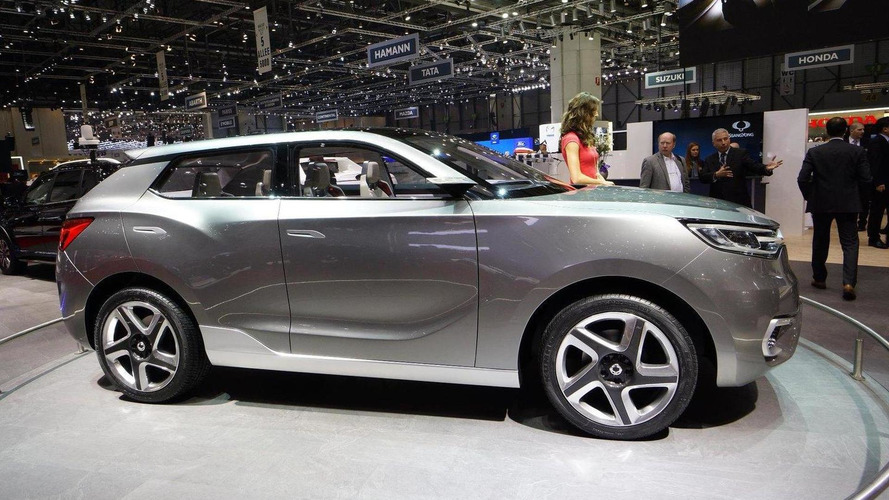 SsangYong has just unveiled the SIV-1 concept which is described as a mid-size premium crossover utility vehicle (CUV).

SsangYong has just unveiled the SIV-1 concept which is described as a mid-size premium crossover utility vehicle (CUV).

This could very well be the most appealing car ever made wearing the SsangYong badge. SIV stands for Smart Vehicle Interface and is a follow-up to the XIV-1 concept revealed at 2011 Frankfurt Motor Show.

It features a nano tube technology-based heat coating and a very thin heat film coating for all windows and exterior mirrors for quick frost removal. There's also a glass-heating system capable of rapidly removing the window frosting during cold periods of the year.

In terms of styling, we notice the wide C-pillar separated by the roof line and greenhouse-style molding, while the bold front fascia is a nice surprise. The back of the car has a sporty appearance, while the minimalistic interior cabin boasts a metallic center fascia.

Unfortunately, like most recent SsangYong concepts, there's no word about a production version.