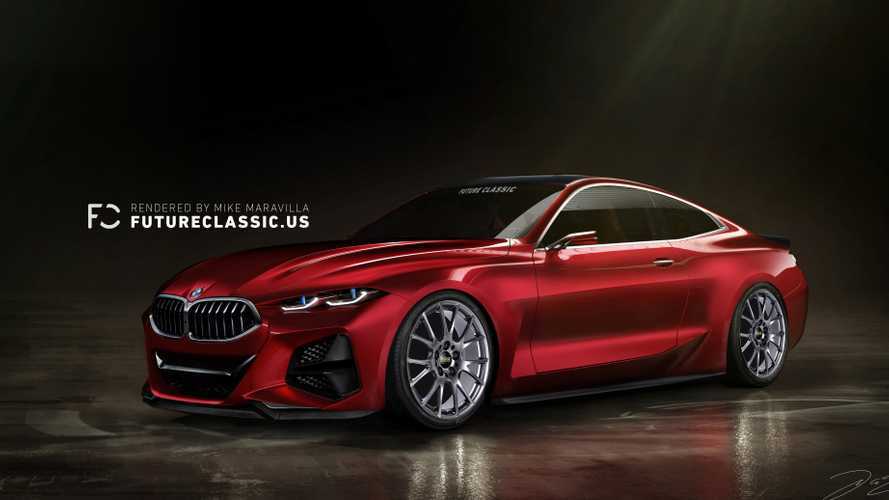 Talk about a nose job.

Is the BMW Concept 4 an unfortunate looking coupe or an attractive car bogged down by an ungainly grille? Thanks to artist Mike Maravilla we can now confirm the latter case is true.

BMW Explains Why It's Making Such Drastic Styling Changes
⠀

As seen in his renderings above and below, Maravilla swapped out the Edsel-like grille of the Concept 4 and replaced it with the more mundane schnoz of the larger BMW 8 Series. The results speak for themselves, and Maravilla’s reworked Concept 4 looks significantly better than the real thing.

Maravilla was not content to merely update the Concept 4’s front end, though, so he also swapped out the concept car’s wheels and paint with reckless abandon. Personally, we are partial to his green Concept 4 wearing multi-spoke HRE wheels.

BMW i3 To Die Off: Will Not Get A Direct Successor

BMW M750Le Could Be The Brand's First M Performance Plug-In

Although the Concept 4 certainly looks a lot better with a smaller grille, the car is still not exactly a work of art. Yes, the coupe is well-proportioned and generally attractive, but it’s also a wee bit generic looking. Take away BMW’s trademark grille design, as well as the LED running lights, and the German company’s concept coupe can pass for a car designed for any number of automakers.

Still, the Concept 4 appears to preview a vehicle that is well on its way to production. In other words, don’t expect drastic design changes between the Concept 4 and the next-generation 4 Series coupe that it surely teases. That said, we hope the production vehicle ditches the concept’s oversized grille for a smaller and more elegant setup like that of these renderings.